Police nabs 59 kidnappers, others in Adamawa 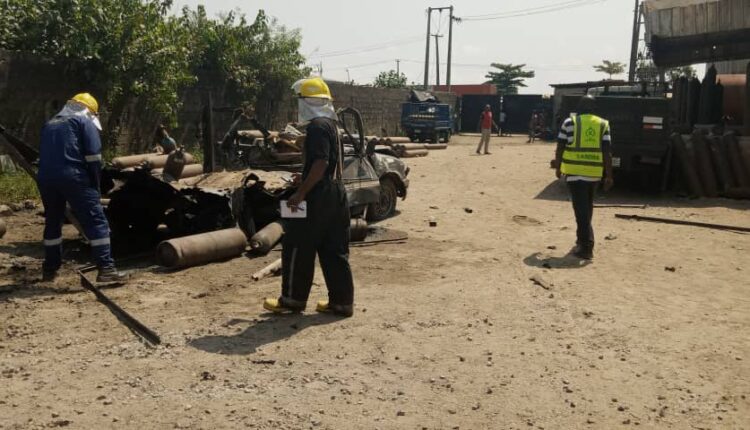 Three persons escaped death by a whisker in Lagos after the gas explosion that rocked Alakoso Industrial Estate area of the state.

As gathered, the gas explosion was said to have resulted sent workers and residents around the estate into panic mode and many scampering to safty.

As stated, three persons, all adult males sustained varying degree of injures and were taken to the hospital while  four cars, one bus and two trucks were affected by the inferno.

Confirming the incident, the Lagos State Emergency Management Agency (LASEMA), said that the inferno resulting from the gas explosion was extinguished by its response team and fire unit upon getting to the scene of the incident.

LASEMA’s Head, Public Affairs, Nosa Okunbor, through a statement said that the cause of the explosion which was yet to be ascertained occurred from one of the trucks used in conveying oxygen gas cylinders to hospitals from a company domiciled in the industrial estate.

“Upon arrival at the scene of incident it was discovered that an explosion occurred in one of the trucks used in supplying oxygen gas cylinders to hospitals from the Gas company.

“Emergency responders were able to extinguish the inferno before it extended further.

“Brief post disaster assessment was done and the following was revealed in the course of the assessment. Three male adults sustained various levels of injuries and were taken to Gbagada General Hospital.

“Four cars, one bus and two trucks were affected by the explosion. The LASEMA Response Team, the LRU Fire, Lagos State Fire Service and Federal Fire Services were responders at the incident scene,” the statement read.