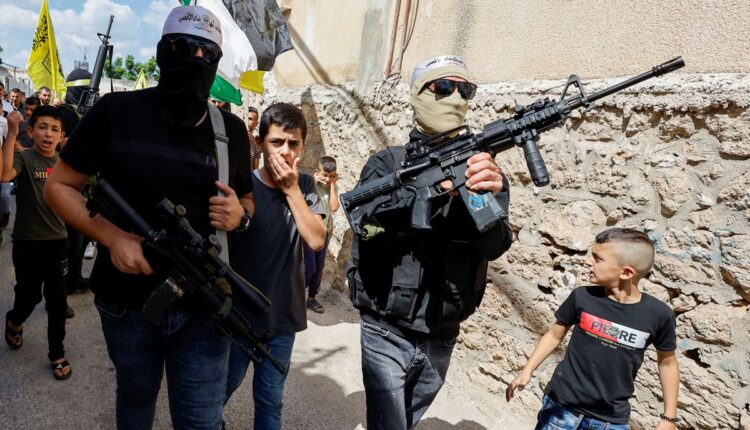 No fewer than three people have been confirmed dead during clashes between Palestinian gunmen and Israeli forces.

The deceased victims were said to have included two Palestinian gunmen and an Israeli army officer.

Confirming the incident on Wednesday, an Israeli military spokesman, said that the Israeli troops shot dead two Palestinian gunmen near the boundary with the occupied West Bank.

The spokeperson said that Before dawn, the troops intercepted two men spotted approaching an Israeli barrier along the West Bank boundary near Jenin, a Palestinian town that has seen near-nightly friction between the sides.

According to him, the men opened fire, killing an army officer, and were shot dead by the other troops.

As gathered, the Jenin Brigade, a coalition of armed Palestinian factions, claimed the two dead gunmen as its members and confirmed they had killed an Israeli army officer.

The West Bank, among territories where Palestinians seek statehood, has seen a surge of violence in recent months as Israel has intensified raids following a spate of lethal Palestinian street attacks in its cities

U.S.-sponsored Palestinian statehood talks with Israel stalled in 2014. Since then, the Palestinian Authority (PA, created under interim peace accords to wield limited self-government in the West Bank, has seen its domestic credibility wane.

Israel has called on the PA to crack down on hotspots like Jenin. PA officials accuse Israel of having weakened their rule.