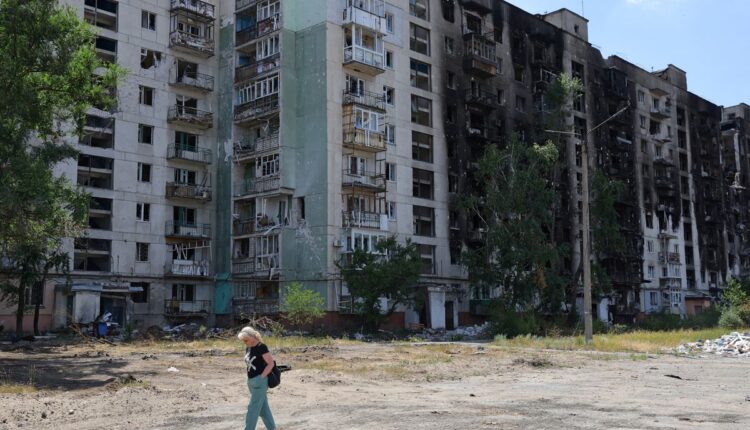 No fewer than three people have reportedly died while 39 houses were damaged by bomb blasts in the Russian city of Belgorod near the Ukraine border.

The Ukrainian forces were said to have struck a Russian military base in occupied southern Ukraine.

Confirming the incident on Sunday, through his social media handle, the Belgorod Governor, Vyacheslav Gladkov disclosed that there had been several explosions in the city which is 40 km north of the border with Ukraine.

According to him, about 11 apartment and 39 houses was destroyed during the bomb blast aside from the deceased three victims.

” At least 11 apartment buildings and 39 houses were damaged, including five that were destroyed” he said.

On his part, a resident of the city who spoke under anonymity, disclosed that the blasts occurred around 3 a.m.

“The sound was so strong that I jumped up, I woke up, got very scared and started screaming, The missile hit residential buildings about 20 metres from my house, All the windows in our house were shattered, the doors came out of alignment” he said.

“The death of civilians and the destruction of civilian infrastructure in Belgorod are a direct act of aggression on the part of Ukraine and require the most severe – including a military – response,” he said.

As gathered, Moscow was said to have accused Kyiv of numerous attacks on Belgorod and other regions bordering Ukraine since Russia’s Feb. 24 invasion. Ukraine has not claimed responsibility but has described the incidents as payback and “karma” for Russia’s actions