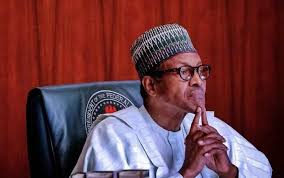 The Special Adviser to the President on Media and Publicity, Femi Adesina, has refuted claims that the President, Muhammadu Buhari, would address the nation on updates concerning the global coronavirus pandemic within the country, saying that such allegations were false and unfounded.

He said that contrary to claims which had made the rounds on various online platforms, there were no plans for a presidential address to the nation scheduled for Monday, May 18, 2020.

Adesina who confirmed that Buhari would not address Nigerians through a post released on his social media page on Monday, however, stated that updates on the Covid-19 situation in the country would be released later in the day.

He said that the updates would be made available to Nigerians through the Presidential Task Force briefing and that residents would receive all pertinent information during the media broadcast.

“No presidential broadcast on COVID-19 updates today. None was planned. Rather, the Presidential Task Force will during its usual media briefings bring the nation up to speed on the next steps”