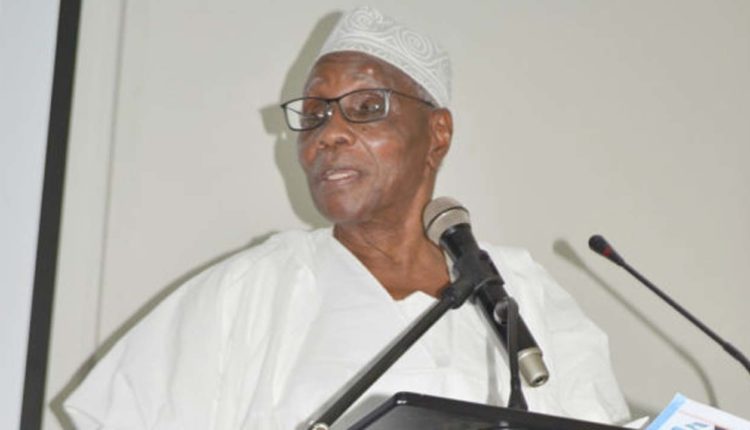 The leader of Northern Elders’ Forum (NEF), Prof Ango Abdullahi, has declared that there was nothing wrong with the Presidency remaining in the North beyond 2023.

He noted that critical evaluation of positions of different ethnic groups in the country showed that the North has been short-changed as key positions were not with them.

Abdullahi, a former Vice Chancellor of the Ahmadu Bello University, Zaria, added that the much noise on lopsidedness that favoured the North was not true.

According to him, there was nothing wrong with the appointment of more Service Chiefs from the region.

“What we are witnessing is a sad development, very dangerous arguments that are being put forward. How many offices are we even talking about and you are saying lopsidedness of offices?” he was quoted by a Lagos based national newspaper as saying.

“Have you looked at the offices in the civil service and those that occupy them, so what is the fuss all about? Are they parochial or are they biased in the discharge of duties concerning other parts of the country? This is a very sad development because this is driving us into areas that will be very unfortunate for this country.

“The trouble with Nigeria is that we don’t learn from our history and we don’t keep records of history. I have just done an exercise in a booklet form to show appointments of the First Republic since independence in 1960 to date, to show who was in what office and from what area, from what religious faith?

“By the time you see it, you will be sorry asking this kind of question because the question appears to be parochial by those who have such a view and should not arise,” he added.

Wole Soyinka to Buhari: Your administration has attained unprecedented level of paranoia