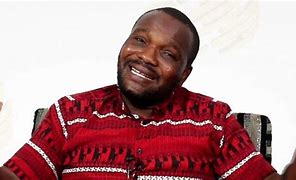 The Theater Arts and Motion Picture Producers Association of Nigeria (TAMPAN) has imposed an indefinite suspension on a Nollywood actor, Yomi Fabiyi, for allegedly depicting a real-life case involving a fellow actor, Olanrewaju Omiyinka, popularly called Baba Ijesha, who was accused of sexually assaulting a minor in his new movie, Oko Iyabo.

Also suspended by the practitioners for three months was Fabiyi’s co-director, Dele Matti, while all actors and actresses, including Fathia Williams, that participated in the movie have been summoned to appear before the Ethic, Conflict & Resolution Committee of the association on 24. July 2021.

TAMPAN insisted that except the work of art was an artistic effect, no one was allowed to use real name of other person in a feature film produced for public entertainment across the country, saying this is what the movie, Oko Iyabo has violated.

The practitioners further argued that it was professional misconduct, on the part of the actor, to use real name, stories and factual events of person without their consent.

According to the organisation, the movie plot portrayed the possible actual action that occurred between Baba Ijesha and foster daughter of comedienne, Oluwadamilola Adekoya, popularly called Princess.

TAMPAN statement read in part, “Having listened to the detailed defense of Mr. Yomi Fabiyi, who is the Producer/Director of the controversial film ‘Oko Iyabo’ and his Co-Director, Dele Matti, the Ethic, Conflict and Resolution Committee hereby found them guilty of professional misconduct and unethical practices.

“Although Mr. Yomi Fabiyi insisted that it is his fundamental human right to use his creative talent to produce films that will tell his own account of the trending issue but his Co-Director admitted his fault and regretted his involvement in the film.

“That the story, plot, theme, title, dialogue, names and general content of the film ‘Oko Iyabo’ is a factual presentation that may give rise to prejudice since the matter is already In court.

“His misconducts and unethical practices have impacted negatively on the image and reputation of our association. His Co-Director Mr. Dele Matti having shown remorse and admitted his guilt is hereby suspended for 3months.”

Reacting over his suspension, Fabiyi, who took to his official social media handle, said: “I am originally ANTP member, worst case I will renew my membership there.

“I have never obtained or sign any form with TAMPAN or joined any Guild. I was made to pay for registration which I did but no form collected or formal procedure.

“The letter is inappropriate, not valid for me as a filmmaker. Any reaction if necessary will be on the basis of Human right violation if I so wish to seek judicial redresss. You do not loose what you never had”.

Nigeria, US firms partner on high-density pipes production, others