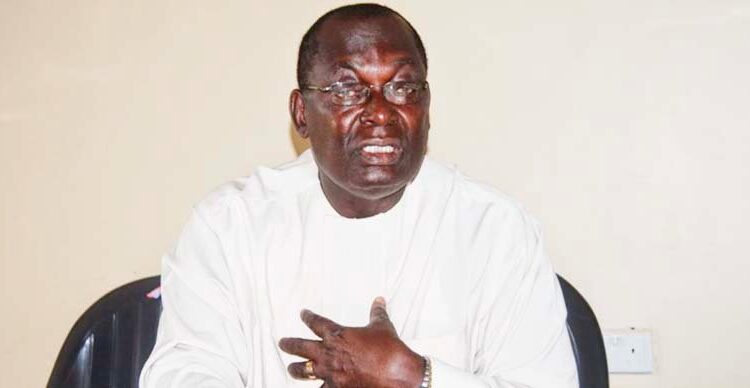 The assassination of Dr. Chike Akunyili on Tuesday night diminishes our country. It is a direct assault on our humanity. He was the widower of Professor Dora Akunyili, the amazon who blazed the trail at the National Agency for Foods, Drugs Administration and Control (NAFDAC), and later served as the Minister of Information under President Shehu Musa Yar’Adua and Goodluck Ebele Jonathan. What happened was a massacre as Dr. Akunyili’s security detail, his driver and two other persons were all killed. Dora must still be awake in heaven as her son just escaped the bloodbath when he decided to ride in another car instead of following his father.

Dora, because of her frontal war against the fake-drug mafia, was the target of several assassination attempts. When she died in 2014 in far-away India after a long battle with cancer, someone said she had been spiritually assassinated. Yesterday, her husband joined her in a hurry. What a burden for one family to bear!

This is a trying time for the Akunyili’s family, especially the children who suddenly became orphans in such a brutal and final way. On Tuesday, Dr. Akunyili was at an event organised by the University of Nigeria Alumni Association (UNAA). The event was at the Sharon Hall at the All Saints Cathedral, Onitsha. Akunyili had come to the event with his son. The UNAA had decided to honour Dora posthumously and Dr Akunyili felt it was proper that he and the son should be present. He donated N500, 000.00 to the association on behalf of his family. His son, Obum, walked his father to the car at the end of the ceremony. Father and son embraced and then parted ways. The son did not know that his father was headed for the sunset.

It was reported that gunmen at Umooji in Idemili Local Government Area accosted Akunyili. They shot him repeatedly and made sure he was dead. They also killed four other persons with him. The assassins then disappeared. It was a well-executed assignment. When gunmen attacked Professor Dora Akunyili on December 26, 2003 in her hometown, Agulu, Anaocha LGA, she escaped. Two men eventually stood trial for the attempted assassination. I can’t remember what fate befell the two accused persons. Are they back to the comfort of their homes?

But we need to bemoan the fate that has befallen us. Some people have started blaming elements sympathetic to the outlawed Indigenous People of Biafra (IPOB), for Akunyili’s gruesome fate. The police authorities are yet to issue a statement as at the time of writing. IPOB has not issued any statement either, but in recent weeks, especially since the arrest of its leader, Nnamdi Kanu, who is already standing trial in Abuja for alleged terrorism, the group has been threatening hell and brimstones. Now, this!

The security situation in the country is worrisome, but that of the heartland of the Igbo people is truly frightening. We have had prison breaks and attacks on police stations. In recent weeks, we have had attacks on banks. Only last week, IPOB issued a statement that all public institutions must not fly the national flag of Nigeria during the Independence Anniversary celebration tomorrow. No one is sure what protections bank branches, especially those who are outside the state capitals, can be given. Believe it or not, IPOB has become a giant shadow over the South East and Igbo leaders appear helpless about it.

The objective of IPOB as stated openly is the secession of the South East from Nigeria. How they want to achieve this is not clear. What they have achieved so far is the disruption of the lives of the ordinary people in the East. That the leaders appear helpless is a crying shame.

We await police statements on this gruesome assassination. As usual, the governors would make their statements too. Then the President would also issue a statement, ordering the Inspector-General of Police to find the killers. We would have a lot of movements and then Nigeria would go on as usual while the killers would most likely be allowed to move to the next target. How did we get to this pass?

There is no doubt that our military is doing its best in the North East where it is confronting the terrorist group, Boko haram and its backers. There is also serious action going on in the North West. There is a military operation going on in many parts of the country, including the constant pursuit of IPOB and its military wing. What is lacking is the apparent failure to penetrate the high commands of all these terrorist organisations, including those ones that the Federal Government continues to refer to as bandits.

This war against terror cannot be won on the battlefield alone. It needs to be carried to the battlefield of the mind. We need to know those who are financing this war against our country. It is apparent that they are getting a lot of returns on their investments through regular and handsome ransom payments. This situation is not acceptable. And when there is a gangland execution like it happened to Dr. Akunyili, then we know this was not an accident. Some people somewhere are planning to profit from this.

One thing that is curious about the violence in the East is that the IPOB claimed they are fighting for the Igbo but they are also busy killing the Igbo. Is it not obvious that this IPOB love for the Igbo is really not the kind of love that the Igbo would love to have? So you ask yourself, this IPOB love is for what purpose, to which end? Good or evil? Freedom or slavery? They would not even permit the elementary democratic freedom of choice or debate. For them, anyone who disagrees with them is already a traitor. You cannot talk of a new style of resistance or a new method to wage the struggle. Any deviation is viewed as sabotage! What kind of organisation is that?

Even if IPOB is not involved in this assassination, its opponent would try to hang it on its neck. Whether you like it or not, IPOB is going to have an impact on the presidential contest of 2023. Though there are many political parties on paper, everyone knows that when it comes to the presidency, only two parties are to be reckoned with: the ruling All Progressives Congress (APC), and the opposition Peoples Democratic Party (PDP).

During the era of President Goodluck Ebele Jonathan, the PDP had its greatest support base in Igbo land. Despite the loss of power in 2015, most Igbo voters have remained faithful to the PDP. With the rude intrusion of IPOB, the PDP leaders may have realized that the party can no longer put its biggest egg in the Igbo basket.

Apparently, IPOB wants Biafra. Majority Igbo would prefer the presidency. There is no way the Igbo can get the two at the same time. For now, they can help us get the killers of Dr Akunyili. That family deserves justice.