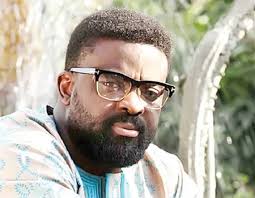 Nollywood filmmaker, Kunle Afolayan, has revealed that fashion designer, Temi Otedola, is the star in his soon to be released movie titled, “Citation”.

He said that the fashion blogger had snagged the role through her talented monologue audition submission which made him realize that there was more to Temi than being a billionaire’s daughter.

Afolayan, who explained that he is always on the lookout for new talents to be featured in his movie productions, stated that the level of creativity displayed by Temi had convinced him that she was the perfect actor for the role in Citation.

The renowned movie producer, while speaking during a recent online Movie Master Class hosted by his friend and colleague, Kayode Peters, described Temi as disciplined and hardworking, and disclosed that the new actor had been trained for almost a year before they commenced shooting of the film.

He added that she had undergone language lessons in order to learn Yoruba and French languages, which were necessary for the role which she played in the movie.

“I thought she was just one butter-girl who was just looking for another avenue to waste time…when I watched her monologue, I was convinced… She had to speak English, French, and Yoruba, so she spent four months learning French from Jean Louis and Yoruba from Gabriel (Afolayan). Temi is one of the most disciplined actors I’ve ever worked with. Always on time, she never missed her 6 am call time”.

Afolayan, who stated that the upcoming movie was a blockbuster, encouraged his fans to watch out for the film release, and added that the quality of production was set to shut the mouths of his detractors.

“Those who have abused me behind my back, saying that I am just wasting my time by having Temi Otedola on my set should just wait till the movie is released. They will all shut up. It will shut all their mouths, I’m sure”.

He expressed his commitment towards growth of the Nollywood film industry, saying that movie-making in the country needed versatile and creative scriptwriters in order for the nation to take its place alongside the likes of Japan, India and others.

Afolayan called for script submissions from young writers, assuring them that he would read and select those with depth and creativity, which, he hinted, would be made into movies by hi production company.