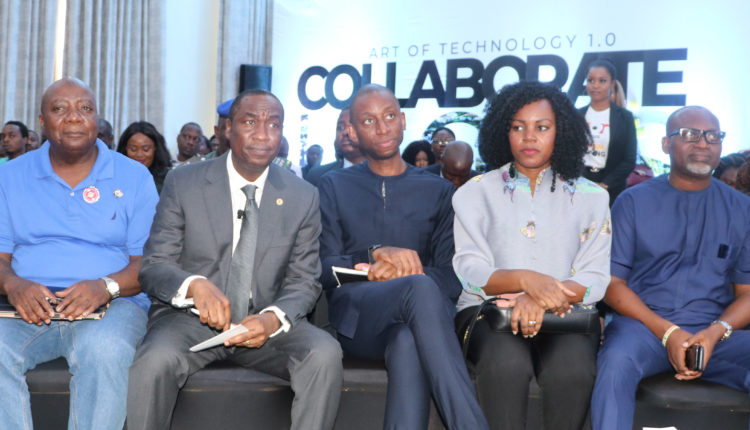 Lagos State Deputy Governor, Dr. Obafemi Hamzat, has disclosed that technology was already having an impact on the State Government’s ability to enforce laws.

Hamzat added that through technology, the state laws have been enforced easily without giving undue advantage to anyone in the state.

The deputy governor, who disclosed these at the ‘Art of Technology’ event held on Tuesday in Ikeja, said: “It will be the same law for everyone. For example, our judges do not have to give rulings writing in long hands just as Lagos State Traffic Management Authority (LASTMA) does not have to be on the road to enforce traffic laws”.

While stating that Nigerians have the talents to unleash their potential in various sectors, Hamzat said many Nigerians who have international exposure and expertise must be engaged in rebuilding the nation, stating that ‘if China can do it Nigeria can too’.

Declaring that Information, Communication, and Technology (ICT) can change Nigeria, the Deputy Governor urged “Techees” to embrace their environment adding that there is a need to change ‘our sense of entitlement,’ stressing that ICT allows people to do things repeated and predictably.

Commenting on the role of Nigerian Universities in the process of development, Hamzat averred that by emphasizing research and acquiring patents they can possess enough resources to be self-sustaining.

He noted that Nigerian Universities have not pushed the nation in the direction of growth, adding that nations that have made it did so because of their universities. “The university is the only avenue where you find educated people, and it is easier to disseminate and process the information there,” he said.

While reiterating the need to maximize technology, Hamzat said: “Information Technology allows us to do things repeatedly and predictably, it is the way we can survive and move the nation forward”.

The Deputy Governor further stated that the difference between Nigeria and developed countries is the rule of law and technology, “if you look critically at it, rule of law is a subset of technology, as technology hastens judges’ decision-making process, judgments are easily stored for future referencing and it enhances accountability and transparency.