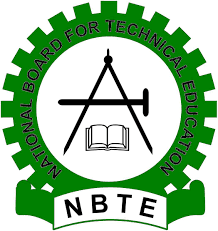 The National Board for Technical Education, NBTE, has proposed the National Skills Fund, NSF to replace the Industrial Training Fund (ITF) as a means of funding skills development in the country.

The educational body stated that to avoid over taxation of industries, the stakeholders  have recommended that ITF be transformed into NSF to fund and support skills development among students.

Speaking at a news conference on yesterday, the Executive Secretary of NBTE, Idris Bugaje, affirmed that the recommendation was part of the resolutions reached at the 7th Industry Stakeholders’ Consultation on Skills Development held recently.

Bugaje  stressed that the idea is to refocus ITF to fund skills development, that is, to provide funds for skills training and support training of National Skills Qualification (NSQ) verifiers and assessors.

“NSF, if established, will also support the development of national occupational standards and other relevant skill councils. The stakeholders also proposed an executive bill on NSQ framework to be sent to the National Assembly for passage.”

He further explained that the resolutions had become necessary, following the challenges affecting the vocational training sector in the country.

Bugaje identified some of the challenges as the weak linkages between industry and training institutions; loose coordination of the skills eco-system and low awareness on NSQ.

“There is also the problem of non-inclusion of NSQ in the national scheme of service, non-legislation of the framework, engagement of non-certified professionals by employers and lack of special funding scheme for skills development.  Other problems include non-competitiveness of Nigerian artisans, lack of skilled and certified artisans for employment, non-availability of national skills policy and lack of labour market information,” he said.

The executive secretary all stressed the need for a policy on employment of certified artisans and professionals, stressing that currently, only paper qualifications were being considered at the expense of skills, adding that technical colleges at state levels needed special intervention to upgrade their facilities.

Also, Bugaje noted that polytechnics would be mandated to engage in skills training, in partnership with formal and informal industrial settings in their respective environment.

“We have already informed the polytechnics that from 2023, there will be no accreditation of any technical programme unless they are running, at least, one skill programme,” he said.