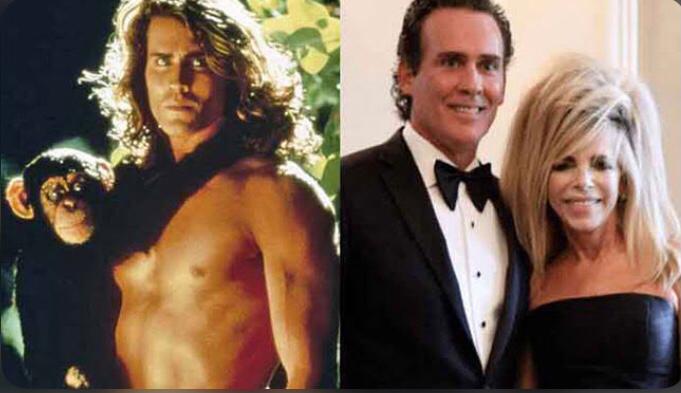 A tragic plane crash has claimed the life of a United State of American actor, Joe Lara, popularly known for starring in the American TV series Tarzan: The Epic Adventures, alongside six other passengers in the state of Tennessee.

All seven passengers aboard a plane, including Joe Lara and his diet guru wife, Gwen Lara were presumed dead after the plane crashed in a lake near the US city of Nashville over the weekend, authorities said.

The other victims were identified as Jennifer J. Martin, David L. Martin, Jessica Walters, Jonathan Walters, and Brandon Hannah, all from Brentwood.

According to local media, the private jet said to be a Cessna 501 took off on Saturday (local time) from Smyrna Airport, just outside of Nashville, and was reportedly headed toward Palm Beach, but somehow plunged into Percy Priest Lake not too long after takeoff.

During a press conference, Rutherford County Fire Rescue Capt. Joshua Sanders said, ‘We are no longer… looking for live victims at this point.’

RCFR said on Facebook that investigation operations revealed details stating “several components of the aircraft as well as human remains.”

The National Transportation Safety Board said no passengers were presumed to have survived and that an investigation is underway to determine the cause of the accident.

Lara played Tarzan in the 1989 television movie “Tarzan in Manhattan.” He later starred in the television series “Tarzan: The Epic Adventures,” which ran from 1996-1997.

He also had done other action-fantasy roles in movies such as ‘Steel Frontier’, ‘Sunset Heat’, ‘Gunsmoke: The Last Apache, ‘American Cyborg: Steel Warrior’, ‘The Magnificent Seven’, ‘Baywatch’ and ‘Tropical Heat’, and more. Lara and Gwen have left behind three children