Tinubu returns to Nigeria after short stay in UK 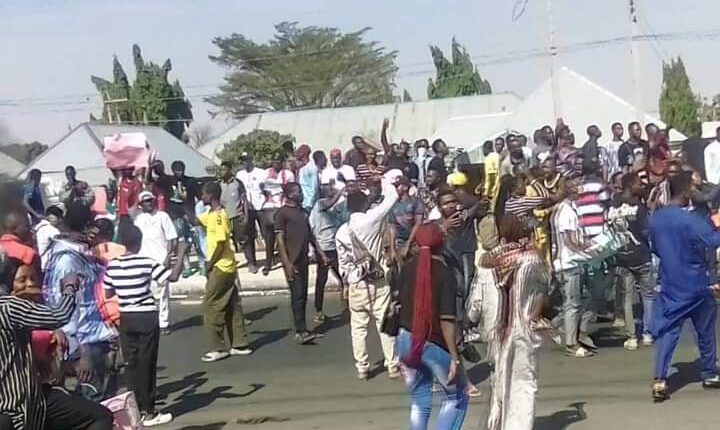 Activities around Jalingo, Taraba State capital were reported to have been brought to a halt after students of the state’s university took to the streets to protest after lecturers boycott classes over unpaid salaries.

The students, as gathered, blocked the Jalingo-Wukari Express road and set up burn fire, to express their grievances about the new development in their school which had disrupted their current semester examinations.

It was learnt that the students were expected to start their examination on Monday, but the inability of the lecturers to get paid impeded the process.

During the protest, the aggrieved students, who were chanting different solidarity songs, also shut down all roads leading to the institution, hindering vehicular movement around the axis.

The varsity students’ leader, Salisu Waziri, told newsmen that the demonstration was a solidarity protest with lecturers on the campus who have not been paid 10 months’ salaries.

According to him, we are supposed to start our first semester’s examinations today but on getting to the venue of the exams, we were told that the exams will not hold because our lecturers have been owed salaries for 10 months,” he said.

Waziri called on the school authorities and the state government to pay the emoluments of the lecturers for examinations to hold within the institution.

“These lecturers have children, they have families to take care of. Some of our students are almost 30 years and the more they continue to stay in school, it will affect their chances of going for the National Youths Services Corps (NYSC) which has an age limit.

“This strike is a solidarity strike with our lecturers. We call on the government and the school management to ensure our lecturers are paid their 10 months’ salaries so that we can be taught and our exams take place,” he added.