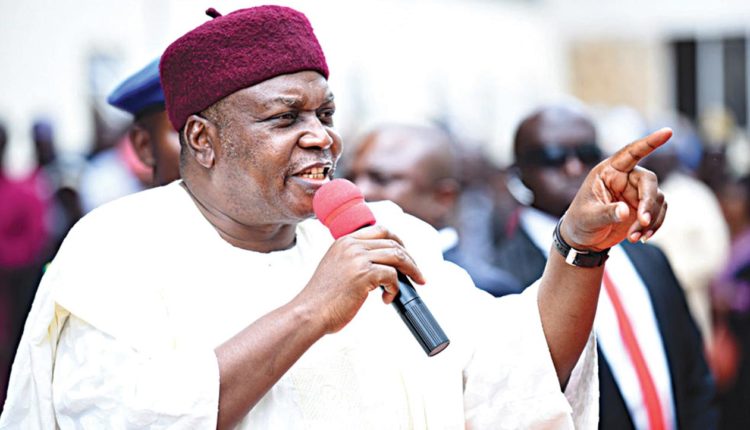 The Taraba State Governor, Darius Ishaku, has disclosed that plans are being concluded to invest in the state’s education sector, particularly in the sector’s infrastructure and manpower.

He explained that since no nation, state, or geographical location can truly develop without educated citizens, it was pertinent for his administration to invest in the sector in achieving the desired development.

Ishaku noted that before the end of his administration, much would have been achieved in the area of infrastructure and manpower for the sector toward producing educated citizens that would spearhead the state’s developmental stride.

Speaking when he inaugurated the Governing boards of Taraba State Polytechnic, Suntai, and College of Education, Zing on Wednesday, the governor who was represented by his Deputy, Haruna Manu, said that his government would be prioritizing education during the next two years.

“This administration recognizes that education is the bedrock of all modern societies, therefore, if we must develop as a people, premium attention must be given to the sector, in terms of investment in manpower and infrastructure,” Ishaku said.

Furthermore, the governor stressed that the two tertiary institutions have in the past contributed immensely to the progress of the state in areas of educational advancement, and more was expected of them to augment the state socio-political development.

He said that the citadel of learnings needed to do more by re-strategizing in line with modern trends worldwide in the training of professional teachers to improve education across the state.

Ishaku noted that he had selected and inaugurated both institutions’ board members in line with his administration’s commitment to improving the standard of education.

“After a painstaking process, these eminent Tarabans, who have distinguished themselves in various fields, professions and callings were selected to serve on the Boards of these two foremost institutions,” he said.