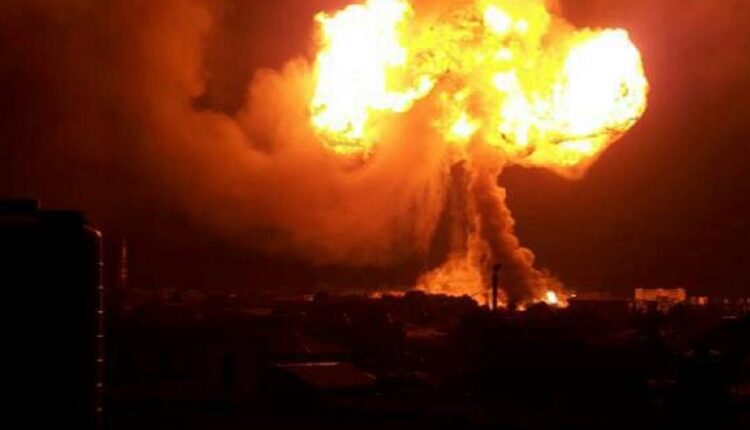 A fuel tanker has been reported to have exploded around Agodi gate in Ibadan, Oyo State capital, resulting in a fire outbreak that torched vehicles and other valuables worth millions of naira.

As gathered, the fire incident occurred when the ill-fated petroleum tanker reportedly went up in flames, some meters away from the Nigerian Television Authority (NTA) zonal office in Ibadan.

It was learnt that the tanker, laden with Premium Motor Spirit, exploded around 11 pm yesterday after it lost control, fell, and spilled its content on the road before it went up in flames.

An eyewitness narrated that some stationary vehicles within the diameter of the scene were affected by the fire after its content spilled to where they were parked.

Speaking on the inferno, the Director of Operations, Oyo State Fire Services, Ismail Adeleke,  said that his men were able to put out the fire minutes after it occurred.

Adeleke explained that the tanker lost control and fell, spilling its content on the road, disclosing that two vehicles parked close to the scene were burnt and that no life was lost during the incident.

”The fire started from the engine compartment of the tanker and the driver, having seen the burning fire, panicked and jumped out of the moving truck.

”The vehicle lost control and fell, spilling its content on the road and fire raged along the way. Two cars were destroyed but no life was lost in the inferno,” the director added.