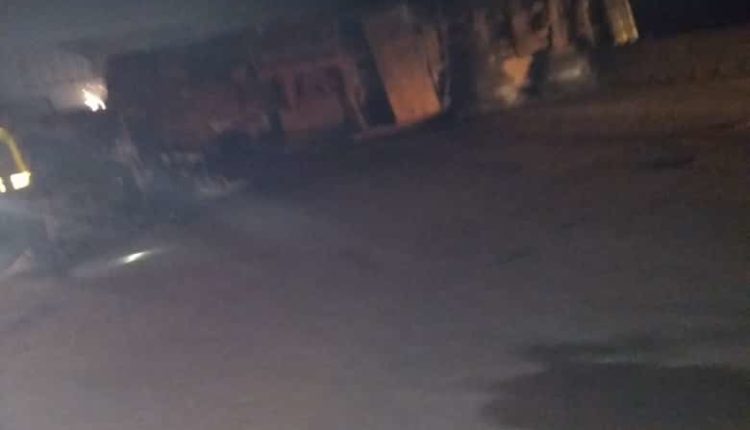 Share
By Olawale Abdul-Fatah
Atleast 15 vehicles were on Friday razed when a tanker exploded at Toll-gate, Sango-Ota end of Lagos-Abeokuta Expressway.

It was learned that the some motorists died in the explosion that had resulted into gridlock on the major road.

Though there were different claims on reasons for the explosion but an eyewitness claimed that the explosion occurred at about  1:00 am when the tanker experienced brake failure and rammed into into a ditch before summersault.
Confirming the tragedy, TRACE Corps Public Relations Officer (PRO), Babatunde Akinbiyi, lamented that the explosion resulted into fire outbreak that destroyed vehicles, properly and claimed lives.
In a statement made available to theguildng, Akinbiyi said that the agency and other emergency responders, Fire Service, Federal Road Safety Corps, FRSC, Nigerian Police, National Security and Civil Defence Corps, NSCDC, Nigerian Navy and Nigerian Army will intensify their rescue operations, even as he urged motorists to avoid Toll Gate Area.
“Nevertheless, they can go through the Old Ota Road to link Awolowo Road down to Sango under bridge to link Lagos-Abeokuta Expressway”.