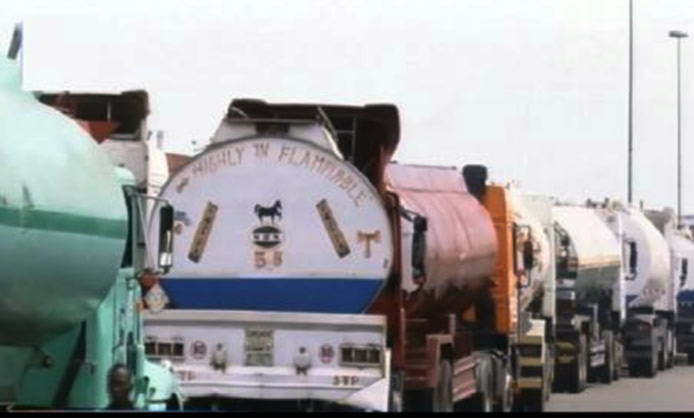 Tanker drivers under the aegis of National Union of Petroleum and Natural Gas Worker (NUPENG) have called off an indefinite strike they embarked upon earlier in Lagos over alleged series of harassment and extortions drivers under the group often encounter.

It was learned that the drivers put end to the industrial action which was aimed at addressing issues members of NUPENG claimed to be hindering smooth operation and that the resolution was reached after agreement with the Lagos State Government which promised the group that it would find a lasting solution to the problem.

The industrial action called off by the drivers started earlier on Monday after meeting between its representatives and Lagos State Government officials over complaints raised on activities of law enforcement officials against its members particularly on extortion and harassment of tanker drivers ended in a deadlock yesterday.

After the meeting held at the Lagos state secretariat, Alausa, Ikeja, both parties through a communique made available to newsmen, agreed that the government officials should meet heads of security agencies to prevent further disturbance of vehicles conveying petroleum products within the state.

In the communique jointly signed by Commissioner for Energy and Mineral Resources, Olalere Odusote, and the Deputy National President of NUPENG, Solomon Kilanko, it was further agreed that the state government should use its agencies to address menace of hoodlums that often attack the transporters while conveying the inflammable products.

According to the communique, it was agreed that a dedicated phone number should be established within one week with the aim to enable petroleum product transporters have access to security agencies that could disperse hoodlums when the need arises.

While assuring that the allegation of extra-ordinary levies said to be charged by some local governments would be investigated, the state government, according to the communique, added that efforts would be concentrated on strengthening relationships with road users on planning and execution of road works in Lagos.

“Lagos State Government will immediately set up a standing committee to relate with the Union on an ongoing basis to address any issues as they arise,” the statement added.

NUPENG also made a commitment that all tankers will not exceed the loading capacity of trucks as provided in the regulations and in compliance with the directives of the Department of Petroleum Resources.