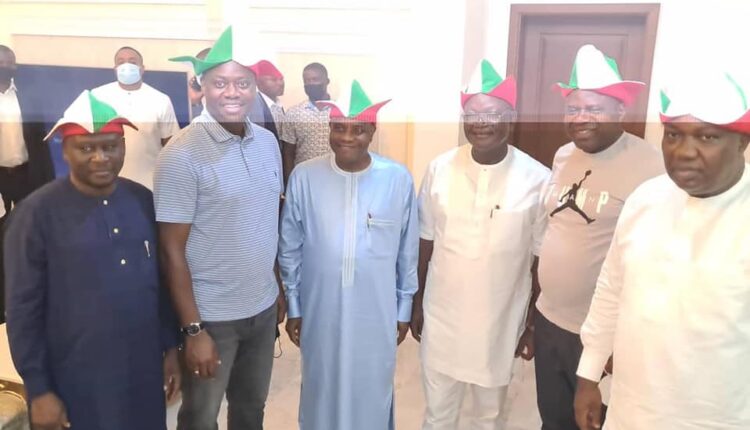 Others already in the state and were currently been treated to a gala night organised by the Oyo state governor, Seyi Makinde, were Adamawa State governor, Ahmadu Fintiri, his Bayelsa, and Enugu counterparts, Douye Diri as well as Ifeanyi Ugwaunyi.

At the gala night on Sunday held for the governors, who adorned a native Yoruba cap made with colours that formed the PDP flag, they were exposed to the reach culture of the state.

Also, a short playlet was staged to remind the governors of Nigeria’s challenges and the need to proffer solutions to issues threatening the country’s growth and development.

The one-day summit which would be attended by others is scheduled to hold in Ibadan on Monday and would afford the governors the opportunity to discuss challenges affecting the state and recommend solutions to the Federal Government for implementation.