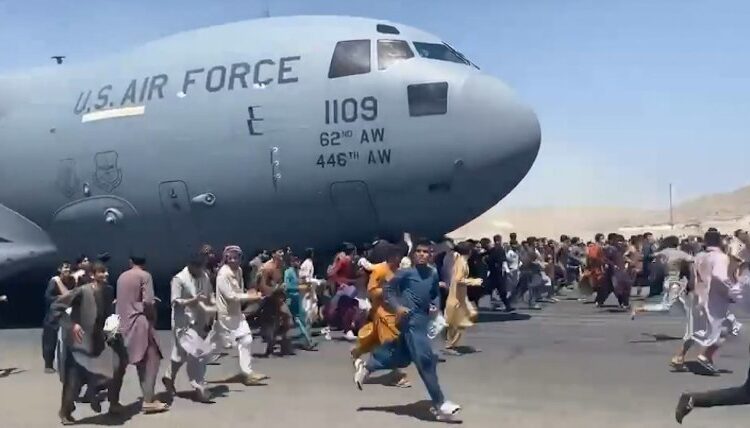 The Afghans Taliban rulers have indicated that the group would be taking over the country’s main airport in capital city of Kabul and operation in coming days once US and other countries complete evacuation of their nationals and other civilians willing to leave Afghan for safety reasons after the group took over government control weeks ago.

Their declaration on taking over the airport was coming after an official from Western Security disclosed that U.S. forces were on final phase of leaving Kabul and ending two decades of involvement in Afghanistan, with over 1,000 civilians left at the airport remain to be flown out before troops withdraw.

The Spokesman to the Group, Zabihullah Mujahid, said that the Taliban would take over the airport once U.S. forces withdraw from the country and that the group may also announce a full cabinet in the coming days.

Mujahid told newsmen over the weekend that the group had appointed governors and police chiefs across the country but that one of Afghanistan’s 34 provinces and would act to solve the country’s economic problems.

He assured that the Islamist group had engineers and technicians ready to take charge of the airport and that the new rulers were just waiting for the US to hands off the country.

“We are waiting for the final nod from the Americans to secure full control over Kabul airport as both sides aim for a swift handover,”Mujahid

Meanwhile, US President, Joe Biden, said that he would stick by his deadline to withdraw all U.S. troops from Afghanistan following a deal that was entered by both White House and the Talibans.

From the deal, the Taliban agreed to allow foreigners and Afghans who wish to leave afghan fly out and the agreement had helped United States and allies evacuate 113,500 people out of Afghanistan in the past two weeks

Spokesperson to the US government, John Kirby, told journalists that there were fewer than 4,000 troops left at the airport, down from 5,800 at the peak of the evacuation mission and that troops had been withdrawn from Afghan.

“We want to ensure that every foreign civilian and those who are at risk are evacuated today. Forces will start flying out once this process is over,” said the official, who is stationed at the airport.