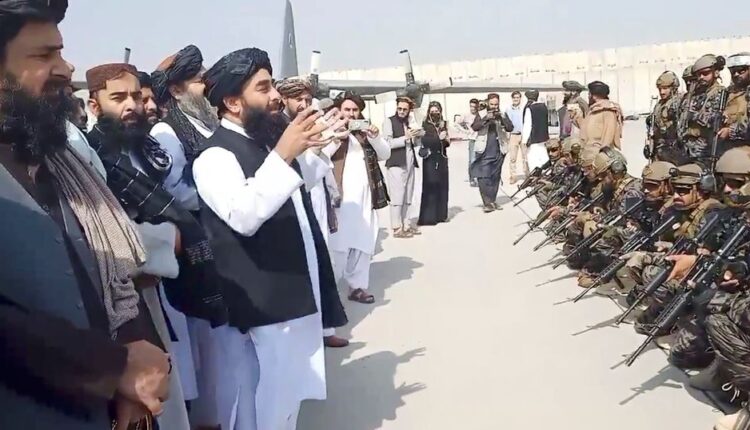 The Taliban has announced an associate of the movement’s late founder Mullah Omar, Mullah Hasan Akhund, as the head of Afghanistan’s new government, and appointed head of the movement’s political office, Mullah Abdul Ghani Baradar.

Also, son of the founder of the Haqqani network, Sarajuddin Haqqani, designated as a terrorist organization by the United States, has been appointed to be the new interior minister.

Confirming the development, the Taliban’s main spokesman, Zabihullah Mujahid, who briefed news conference in Kabul on Tuesday, said that son of Mullah Omar, Mullah Mohammad Yaqoob, has been named as defence minister.

He, however, confirmed that all the appointments are in an acting capacity told a news conference in Kabul.

It was not clear what role in the government would be played by Mullah Haibatullah Akhundzada, the Taliban supreme leader. He has not been seen or heard in public since the collapse of the Western-backed government and the seizure of Kabul by the Islamist militant movement last month.

Akhund, the new head of government, has been close to Akhunzada for 20 years. The Taliban have repeatedly sought to reassure Afghans and foreign countries that they will not return to the brutality of their last reign two decades ago, marked by brutal punishments and the barring of women and girls from public life.

The appointment of a group of established figures from different elements of the Taliban gave no indication of any concession towards protests that broke out in Kabul earlier in the day, when Taliban gunmen fired in the air to scatter them.

Hundreds of men and women shouting slogans such as “Long live the resistance” and “Death to Pakistan” marched in the streets to protest against the Taliban takeover. Neighbouring Pakistan has deep ties with the Taliban and has been accused of assisting its return to power – charges Islamabad denies.

The Taliban’s rapid advance across Afghanistan as U.S. forces pulled out last month triggered a scramble to leave by people fearing reprisals. U.S.-led foreign forces evacuated about 124,000 foreigners and at-risk Afghans, but tens of thousands were left behind.

Secretary of State, Antony Blinken, said that the United States was in contact with about 100 Americans who were still in Afghanistan.

About 1,000 people, including Americans, have been stuck in the northern city of Mazar-i-Sharif for days awaiting clearance for charter flights to leave, an organiser told Reuters, blaming the delay on the U.S. State Department.