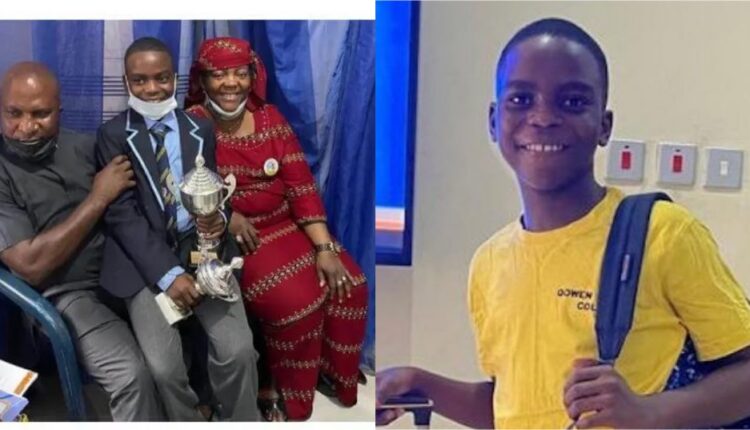 Following Lagos State Government clearance of suspects linked to death of Sylvester Oromoni (Jnr.), the late 12-year-old student of Dowen College, Lekki, the father of the deceased boy has disclosed plans to approach the court and seek justice for his deceased son that said to have died following injuries he sustained in the school’s boarding facility in the state.

Oromoni disclosed that he and members of his legal team were already discussing the new developments on the deceased 12-year-old’s case and how they could achieve justice considering the stance of the Nigerian Police and Lagos state government through its Directorate of Public Prosecution (DPP).

He noted that the family and its legal team were not surprised that the DPP cleared the students and staff of the school after they were granted bail even before the stipulated time fixed by the courts for the police to carry out their investigation.

The father of the late student stated these on Wednesday during an interview with newsmen in Warri, Delta state, after DPP letter leaked and the document indicated that the 10 suspects including five students were not responsible for the death of the 12-year-old student.

Oromoni said contrary to the results conducted by the Lagos State Government, there was another autopsy carried out by the Delta State Police Command which suggested that his late son may have been fed with harmful chemicals that led to his death.

The young Oromoni was said to have died following the injuries he allegedly sustained after being attacked by five senior students of the school last  November 30, for refusing to join their cult group.

The father of the deceased student’s reaction came hours after the Lagos State Government cleared five students and five employees of Dowen College earlier accused of complicity in the death of 12-year-old Sylvester, insisting that he would not give up until justice is achieved.

“This one is not new to us. I remember of the 31 st of December when the Commissioner of Police was making his speech, he mentioned that at the instance of the governor, the Attorney General, and the DPP, they have completed their investigation,” he said.

“They discovered that the children, housemasters have no case so he has released them on bail, discharged. He is not the court to decide this matter. What I will tell you is that the family will sit with our lawyers, we will respond appropriately and at that time, all of you will be there.

“But on the main time, let me assure you that on December 21, the same Commissioner of Police told me that they were not done with their investigation. They also told me that they are writing to the Attorney General of the state and the Governor to return those boys back.

“There was a holiday on Monday, Tuesday and all of that. Don’t worry; we are not bothered, we have heard of this before. This is just the beginning of the case.”