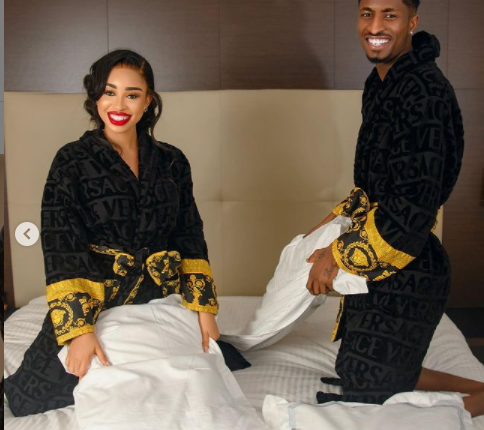 After two years of courtship, Super Eagles forward, Peter Olayinka, and his fiancee, Yetunde Barnabas, a Nollywood actress, would be are getting married next Saturday in Nigeria.

The event that was expected to attract many football stars and administrators, as well as celebrities, would be held six months after completing their engagement ceremony in the country.

Olayinka, who further confirmed that the event would be held on Saturday, June 19 through a statement on his official social media handle on Monday, described her fiancee, Yetunde, as her missing rib.

The striker promised Yetunde, who came to the limelight after been crowned Miss Tourism Nigeria in 2019, that he would forever love and cherish her for the contribution she had made in his life since they met. 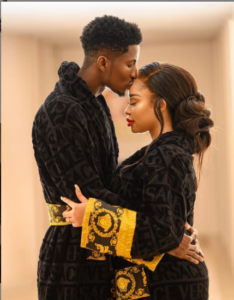 He said: “Your eyes stole my heart, your smile gave me life, your presence made me high and your touch left me breathless IFEMI. I will forever love you IYAWO MI……. oya lets go babe June 19 is the date”.

The Slavia Prague of the Czech Republic forward recently represented Nigeria during Super Eagles’ two-leg friendly encounters against Cameroon which the team lost and recorded a goalless draw.

Yetunde further gained popularity after starring as Miss Pepeiye in the popular sitcom, Papa Ajasco, produced by Wale Adenuga, and since then, she had performed in other notable Yoruba movies and produced a slew of her own.