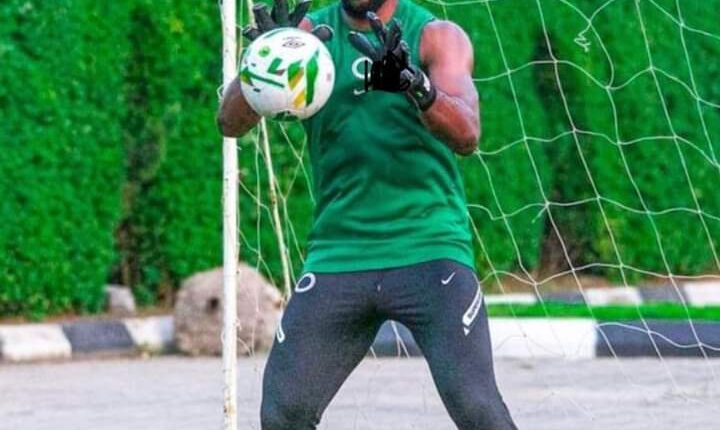 Akpeyi, who was released by one of the country’s league major contenders, Kaizer Chiefs, after the expiration of his contract, joins Sekhukhune with an option of contract extension considering his performance.

The veteran goalie would have to outsmart Zambia colleague, Toaster Nsabata, and Ali Bangare of Ivory Coast, for the number one spot at Sekhukhune United.

It would be recalled that the goalkeeper started his professional football career with the defunct Gabros of Nnewi in 2005 before joining Nasarawa United in the Nigerian premier league.

After 10 years in the country league with a short stint with Heartland and Warri Wolves, he left the shores of Nigeria to join Chippas United.

His performance with the outfit made Kaizer Chiefs contract him to improve their chances of dominating the South African league.

But after three years, the club considered the 36-year-old surplus to requirement and decided that his contract should not be renewed again.

Nigerian leaders not Queen Elizabeth is our problem- Shehu Sani