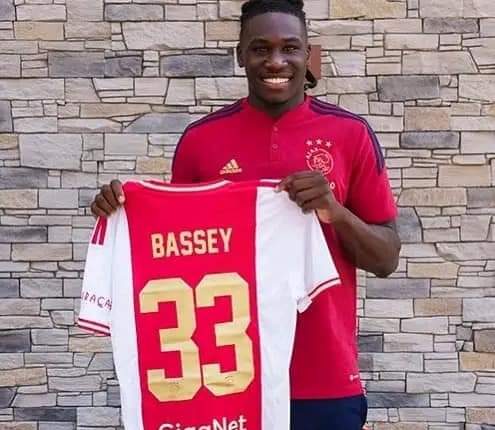 A breakdown of the five years contract signed by the 22-year-old defender, who became famous due to his versatilities, showed that the Scottish giant would receive £19.6 million while £3.4 million has been earmarked for additional fees considering his performance with his new employees.

Aside from that, it was gathered that Rangers included in the deal with Ajax to include a 10 percent sell-on fee, from subsequent sales after completion of his contract with the club.

The move by the Super Eagles defender on Wednesday ended his over two years relationship with the Rangers after assisting the club to second place in the first edition of the Europa Conference league.

After signing the contract which would see him remain in the club till 2027, Bassey immediately left for Austria to join the Dutch champions’ training camp.

His departure will see Rangers pocket a club-record fee for a player that cost them a mere £230,000 from Leicester two years ago. Rangers sold academy graduate Nathan Patterson to Everton in a deal worth up to £16m in January.

The 22-year-old cost the Dutch club €23m with €3.5m expected in add-ons and is the second-most-expensive for Ajax this window behind Steven Bergwijn.

Napoli striker, Victor Osimhen, remains the most expensive footballer both in Africa and Nigeria, after the Italian club splashed €81m on him to secure his services from Lille in 2020.

Ighalo’s €23.20m move to the Chinese Super League team, Changchun Yatai, from Watford in 2016 still stands as one of the highest paid for a Nigerian player.

The sixth-highest move was made recently by Taiwo Awoniyi when he joined Nottingham Forest from German club, Union Berlin, on a club-record transfer of €20.5m.

Former Super Eagles skipper John Obi Mikel’s €20m transfer to Chelsea in 2006 is the seventh on the list.