I am the best and only leader Nigerians need for 2023… 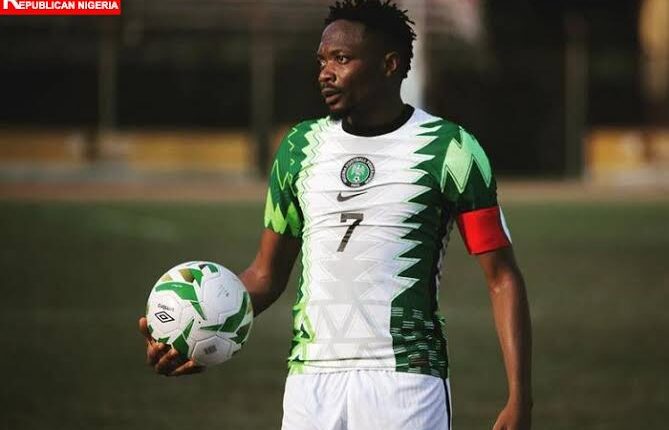 Share
You may not like him, I do like Ahmed Musa for his commitment to Nigeria. You may not like his style of play, he has scored some beautiful goals for the Super Eagles.
As a matter of fact, he remains the Super Eagles’ highest goal scorer at Federation of International Football Associations (FIFA) World cup. He did not just score, he did it elegantly against good teams.
His two goals against Argentina at the last World Cup were super. His control of the ball to score one of the best goals of the tournament against Iceland was palatable.
Musa is good and he showed this when Nigeria deflated Cameroon at the last Africa Cup Of Nations (AFCON) with a super assist in one of Odion Ighalo’s goals.
He scored in the warm up game ahead of the 2021 AFCON against Garoua, a top Cameroon club to register his readiness for the tournament.
That is Musa but he has always been underrated by most Nigeria football fans. Some say he is still in the team because of quota system, for me, Musa deserves his place.
His achievements and what he can still do for the team are indirectly proportional to his rating by some Nigerians.
Recall Stephen Keshi’s performance had dropped when he captained Eagles to win 1994 AFCON.
Joseph Yobo’s performance had also dropped when he captained Eagles to win 2013 AFCON. Ahmed Musa is our today’s captain. his form may have dropped due to age and injuries, he may also lift the cup.

Kunle Awosiyan is a journalist based in Lagos State, Nigeria