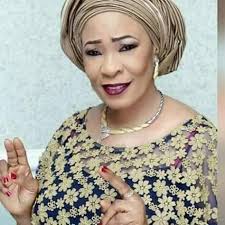 One of the wives of Juju Music legend, Sunday Adegeye popularly called King Sunny Ade, has been reported to have died after a brief illness.

The wife of the music maestro, Risikat Adegeye, who was a National Assembly former member, was said to have died days after celebrating her 62nd birthday.

Adegeye was confirmed to have died at the early hours on Tuesday by her son, George Folarin, through a statement signed and released to newsmen by the Media aide, Daniel Fayemi.

Folarin added that the remains of her mother and the former lawmaker, who represented Amuwo-Odofin at the House of Representatives, has since been deposited at the TOS funeral homes in Lagos.

The son of the deceased also assured her supporters and friends including political associates that the funeral arrangements of his mother would be communicated accordingly.