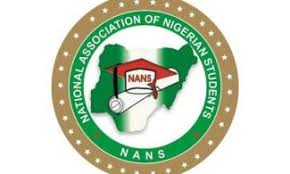 The National Association of Nigerian Students (NANS) has rejected a court order for the Academic Staff Union of Universities (ASUU) to call off its strike and threatened more demonstrations if the Federal Government (FG) fail resolve its differences with the lecturers.

The student body said that FG was not meant to have dragged ASUU to court and that it indicated the government’s inability to handle crisis.

According to the students, the court should have asked that the government to pay lecturers rather than ask them to go back to classrooms.

It restated its commitment towards the return of Nigerian Students in the nation public Universities back to campus.

According to the student body, a lot of students have lost a complete academic session due to this unwarranted dispute between the Federal Government and ASUU.

It stressed that it would continue to ground all the nation public assets from roads to ports if the government fail to resolve with the leadership of ASUU as soon as possible.

The Chairman, National Taskforce, Ojo Olumide, said that for those misconstruing the association’s struggle, there is need to save public education in the country.

Olumide, through a statement released on Wednesday, in Lagos, stated that the shut down of public universities connotes a clear demonstration that public tertiary education in this country is treated with utmost disregard.

“This is particularly disturbing because those who bear the brunt of these frequent crises are not privileged to seek alternatives. Yet, it is such irresponsibility, particularly, on the part of the Federal Government, that has shoehorned the citadels of learning into theatres of despair, and a reason for all stakeholders to be worried.” he said.

He further stated that NANS blocking of access to public roads and ports is just a warning and that if the government fails to conclude all the negotiation and agreement with ASUU within the frame of two weeks, they would witness more protests and rallies all over the country.

“They will also witness the annoyance, anger and frustration of Nigerians Students who have been at home for the past Seven months. As we promise them that we will not allow any political campaign to hold across the country until we are back to class.

” This government has pushed so many Nigerians Students into depression. We say enough is enough; we can no longer bear the brunt from this avoidable crisis in our nation public ivory towers again.” he added.

The National Association of Nigerian Students has rejected the court judgement directing striking university lecturers to return to classrooms.

In a statement signed by its National spokesperson, Giwa Yisa Temitope, the student association said that the “judgement betrays equity.”

Part of the statement read, “Ordinarily, the Federal Government is not meant to have dragged ASUU to court. But, the fact that they had to drag ASUU to court is a signal that this government cannot handle crisis. And, we want to state categorically that the court cannot force members of ASUU back to lecture theatres.

“And, as it stands today, with that court judgment, we maintain that the court has not resolved the problem and we reject the judgment in strong terms. The court could have said that the Federal Government should go and pay rather than say that lecturers who are on strike should go back to classrooms.

“The only remedy to this strike action is for the Federal Government to accede to the demands of ASUU which the government willingly entered into with them and properly fund education.”