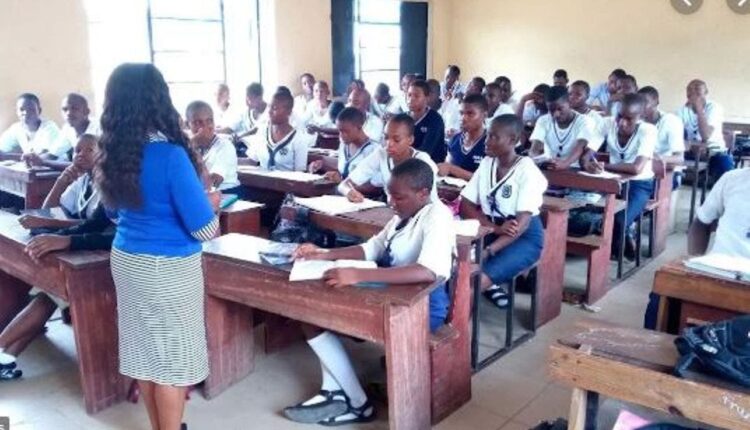 Share
The Muslim Students’ Society of Nigeria (MSSN), has faulted the Senior Secondary School mock examination timetable for students in SS2 released by the Lagos State’s Ministry of Education for public learning facilities across the state.

According to the students, the decision of the state government to fix examination on Friday particularly during Muslim prayers, Jumaat time, remain an action that violates their fundamental human rights.

Speaking on behalf of the students’ body, MSSNLagos Amir (president), Miftahudeen Thanni, described the act as “inequity” and an attempt to deprive Muslim students an opportunity to take the examination.

The Lagos State Area Unit president cautioned the state’s ministry of education against “insensitivity” to regilious diversity in the state.
The Muslim students’ leader said, “We strongly express our displeasure on the SS2 MOCK Examination Timetable released by the Lagos State Ministry of Education. We reject the fixing of examinations during Jumaat time and demand an urgent reversal.
“The examinations are insensitively slated to hold during the hours of 1 pm to 2:30 PM on Fridays 24th September and 8th October 2021 respectively. The subject affected are Technical drawing, Food and Nutrition, and Home Management
“We strongly believe this is a costly oversight that is against Lagos State Government’s preaching of religious tolerance and peaceful coexistence.
“It is pertinent to note that Section 38 and 40 of the 1999 constitution of the Federal Republic of Nigeria guarantee freedom of thought, Assembly, and Association.
“In the light of the above, we implore the Lagos State Government Ministry of Education to immediately effect the needed changes by moving the affected papers away from Jumat service time on the said dates and warn warns against further reoccurrence.”