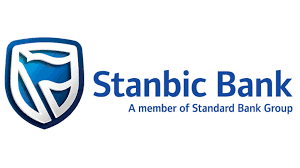 Following directives of the Central Bank of Nigeria (CBN) to banks to publish names of forex defaulters, Stanbic IBTC has threatened to release names and Bank Verification Numbers (BVN) of its customers who were discovered to have used fake documents such as traveling visas and tickets, to obtain overseas allowance from the bank.

The bank also threatened that those of its customers who after obtaining traveling allowance from the bank canceled their flight tickets would not also be left out to face same consequences of making their names and BVN public for deceiving the commercial bank.

Stanbic IBTC disclosed that its internal audit and investigations revealed that several of its customers presented fake documents in obtaining traveling allowance and that their actions contravened CBN’s directives on forex regulations across the country.

Meanwhile, other banks were also expected to carry out same actions on their customers who might also be guilty of similar crimes of obtaining both Personal Travel Allowance (PTA) and Business Travel Allowance (BTA) with false documents from the banks.

Stanbic IBTC, through an electronic mail forwarded to its customers nationwide on Wednesday, stated that directives to publish names of offenders were in line with the CBN regulations to ensure transparency and that it would provide necessary information to support the apex bank in the eradication of forex abuse.

In the letter to the customers sighted by The Guild, the bank stressed that it would enforce every detail included on the declaration form sign by the account holders before obtaining the PTA and BTA from any of its branches across Nigeria.

The letter reads: “We have been mandated by the Central Bank of Nigeria (CBN) to notify all our clients that unwholesome practices to circumvent the new CBN policy on the sale of forex, such as the presentation of false travel documents, visas, and the cancellation of flight tickets after purchasing personal travel allowance (PTA) and business travel allowance (BTA) will no longer be condoned.

“Also, we have been directed to publish the names and bank verification numbers (BVNs) of defaulting customers who present fake travel credentials or cancel their tickets and fail to return the purchased PTA and BTA within two weeks, as stipulated in the signed customer declaration form.

“As an organisation that is fully compliant with the Central Bank of Nigeria’s (CBN) rules and regulations, we intend to proceed with this directive immediately.

“We advise that customers adhere to the aforementioned directive so that we can continue to provide the best financial services as regards foreign exchange”, Stanbic IBTC added.

The letter from the bank came barely one week after the CBN issued a circular (BSD/DIR/PUB/LAB/14/059) to banks and lamented that it has discovered sharp practices by some customers to circumvent its policy on the sale of forex for overseas personal and business travel.

The Director of Banking Supervision Department for the apex bank, Haruna Mustafa, who signed the circular, cautioned that the trend, if not curbed, portends risk to the integrity and stability of the economy.

To curb this threat, he ordered all banks “to publish on their websites the names and BVN of defaulting customers who present fake travel documents or cancel their tickets and fail to return the purchased PTA/BTA within two (weeks) as stipulated in the customer declaration form signed by them”.