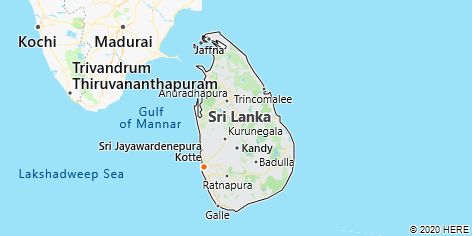 It explained that as one of its concerted efforts to control and curb spread of the deadly global pandemic within its borders, and considering the fact that several countries around the world had become coronavirus hotbeds with high numbers of the disease incidents, the government had taken decision to ban all incoming flights in hopes that the move would stem introduction of the virus into the country.

According to the President of Sri Lanka, Gotabaya Rajapaksa, the ban, which he said had taken immediate effect, however did not affect flights which were already in the air and on their ways to the country but would stop all other flights from entering the country starting on Wednesday.

Rajapaksa, speaking through his spokesperson, Mohan Samaranayake, on Tuesday in the country, revealed that all such flights which were not covered by the ban would be allowed to land and the passengers disembark, adding that measures had been put in place to adequately test, quarantine and treat all passengers.

The president reiterated that his administration placed premium on the lives, health and well being of its people, and gave assurances that no stone would be left unturned to ensure that the deadly coronavirus was not given free way in the country.

He encouraged Sri Lankans to observe personal hygiene by regular hand washing as well as avoidance of public gatherings, expressing hope that the global threat would soon be put under control.

“Flights already in the air will be allowed to land, passengers would be checked, quarantined and treatment would be begun if necessary. All these would start as soona s they dissembark”.