Flood sweeps over 300 people away across 36 states in… 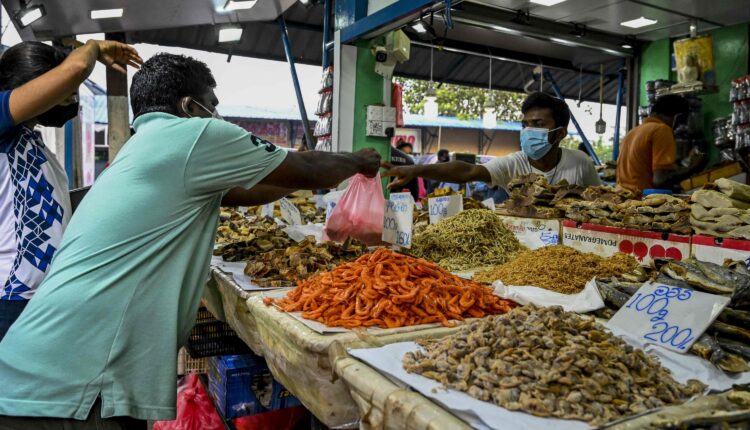 Sri Lanka Government has imposed price controls on key foods as the government stepped up the use of emergency powers to counter shortages.

Queues formed outside state-run supermarkets even before they opened to sell sugar seized from private dealers at new prices less than half of what was being charged on the open market yesterday.

“There is no sugar available elsewhere,” moaned a 62-year-old resident identified as Perumal at the Sathosa store in Colombo’s Maligawatte area where he waited for his two kilogram (2.2 pound) quota.

“There are small children in my family, we need about six kilos of sugar a month,” he told journalists. “I have not been able to find milk at all.”

Another shopper, Wijeratne said that two kilos was not enough but added: “Rationing is good because it will let others also a chance to get some supplies.”

The government, which declared a state of emergency this week, imposed a maximum price of 125 rupees (62 US cents) for a kilo of sugar and 95 rupees for a kilo of white rice.

There have also been sharp price rises for rice, onions and potatoes. Long queues have also formed because of shortages of milk powder, kerosene oil and cooking gas.

Only government stores have been opening because of a nationwide coronavirus lockdown. Most other shops have only been engaged in online sales. Experts have blamed the food crisis on a shortage of foreign exchange to import and maintain stocks.

The government has insisted the shortages were artificially created by traders profiting from the pandemic restrictions. “Some fraudulent traders were hoarding essential food items such as paddy, rice and sugar in large quantities with the intention of selling them at higher prices,” the government said in a statement.

A military officer put in charge of efforts to bolster food stocks said more than 32,000 tonnes of sugar were found in raids on private warhouses carried out on Wednesday and Thursday.

The coronavirus pandemic has badly hit Sri Lanka’ tourism dependent economy which shrank by a record 3.6 percent in 2020. The government last year banned imports of vehicles and other items, including edible oils and the widely used spice turmeric in a bid to save foreign currency. Importers still say they have been unable to source dollars to pay for food and medicines.