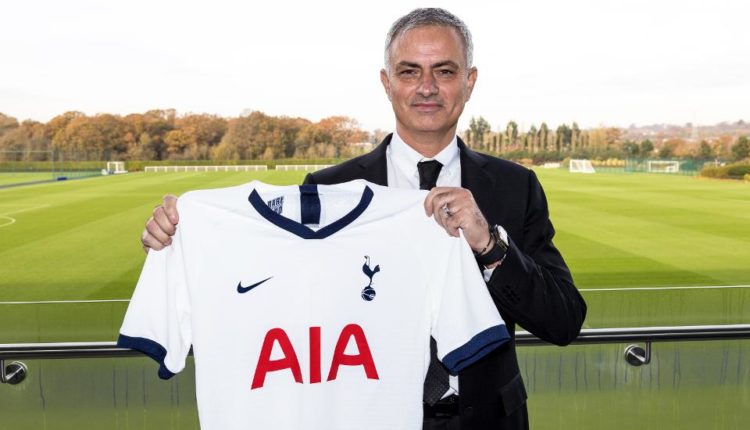 The 32-year-old Italy international defender thinks the change in management in north London makes Spurs more of a threat in knockout games.

Juventus defender Leonardo Bonucci says he wants to avoid Tottenham in the Champions League knockout stages – because of Jose Mourinho.

The Serie A champions confirmed their place at the top of Group D with a 1-0 win over Atletico Madrid on Tuesday, while Spurs will finish second in Group B behind Bayern Munich.

The two sides could, therefore, be drawn together in the first knockout round, but the veteran defender is hoping his side’s group-winning form will have earned them an easier ride.

“I would like to avoid Tottenham,” Bonucci told reporters. “With the arrival of Mourinho, in some games, he can give them something extra. But February and March are a long way off.

“In knockout games, without wanting to take anything away from [Mauricio] Pochettino, Mourinho knows how to drag something more out of his players.”

There had been discussion in recent weeks over Cristiano Ronaldo’s happiness in Turin , with the Portugal star reacting angrily to twice being substituted by manager Maurizio Sarri.

However, with Ronaldo recently confirming he had been suffering from fitness issues, Bonucci says there are no problems with him – and he also had kind words for ever-improving young defender Matthijs de Ligt.

“Everything is clarified with Ronaldo, we have talked about it,” he added. “The important thing is that when somebody isn’t in top form, there is another ready to replace him.

“Every day [with De Ligt] you see the improvements and the qualities of a great player. He is a very humble boy who can still improve and with these qualities he will surely become one of the best in the world.”

Also keeping their Champions League ambitions alive this week was Juve’s Serie A title rivals Inter, who will play Barcelona in the final round of fixture’s needing to match Borussia Dortmund’s result against Slavia Prague to go through.

“We knew that with the arrival of [Antonio] Conte, Inter would return to fight at the top of the table and in the Champions League,” Bonucci admitted.

“I think of my team, we aim to give our best to get to the latter stages of every competition and lift trophies.

“We have had a good run so far, we have achieved a small goal that could allow us to have an easier draw, but now we need to think about the league again.”