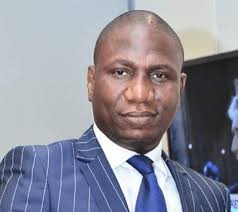 Let us not talk about any causative relationship between the 5G technology and Coronavirus. We cannot afford to be as injudicious as the promoters of the idiotic narrative. But if anyone thinks of possessing a monopoly of silliness, they should also consider the fact that the human mind was forced into civility by education and socialization.

Undoing the cultivation of our minds is very simple. One only needs to deactivate the coordination between the brain and the mouth. Grant each the liberty to run in different directions. In the end, the kimono of respectability that education and socialization confer on man will fall-off, leaving behind only the ugly transition from honour to dishonour.

So that I will not miss out from the feast of conspiracy theories churned out daily, let me postulate too that Liverpool Football Club’s definite chance of winning the English Premier League(EPL) title is contributory to the outbreak of the deadly novel coronavirus that has killed over 250, 000 people globally.

Even, my mind is telling me that since the Anfield club last won the title in the1989/90 season, their proximity to the title in this COVID-19-challenged season is a trigger for the ravaging epidemic wantonly destroying humanity.

Since we do not want to stop peddling stupidity, then let us get trapped in our ignorance. What is the issue with us? How come we do not know how to dimension issues and offer perspectives that will benefit humanity and the society at large?

The other day when President Muhammadu Buhari gave a directive that Lagos, Ogun, and Abuja should be under lock-down to barricade the spread of the lethal virus to the citizens, diverse opinions surfaced about the legality or otherwise of his pronouncement.

A decision taken to sequester Nigerians from COVID-19 became a subject of debate, not only for the legal minds, but for the spiritual eyes. These two inclinations, which ordinarily should protect humanity, have chosen to exploit the vulnerability of the people to amass influence and affluence.

Sadly, the increasing number of coronavirus cases in Nigeria did not lower the pitch of the misleading voices advocating that people should go out for commercial or religious engagements.

True, there is hunger in the land, but there is also pestilence in the air. These are unusual times. Thus, the need for abundant prudence is incontrovertible. Often times, we are drowned by our reveries to such a depth that it becomes difficult for us to rise to the reality of our situations.

There are rights that are inalienable to man, but when there are exigencies, the State aggregates individual citizen’s rights for the overall benefit of the people. In Maryland, the United States of America, when the citizens became recalcitrant and started flouting the stay-at-home directive, the Governor invited the military to enforce the order.

The citizens have the right to freedom of association, movement, and other social interactions. But immediately coronavirus started manifesting in the State at a level of concern, such that mortality figure had hit 235, while confirmed cases optimistically was at 8,225, Maryland Governor, Larry Hogan, restricted the much-acclaimed liberty that made democracy the preferred form of government, to protect the society, and its inhabitants; from self-destruction.

World-over, in fulfilling the constitutional obligation of protecting life and property to citizens, government can evoke the doctrine of necessity. And recently, the devastating impact of sprightly coronavirus on Italy, United States of America, Britain, Spain, and China has made it compelling for any thoughtful and proactive government to place collective wellbeing ahead of individual rights.

However, in Nigeria, we have a peculiarity that is puzzling. Our democracy is interpreted to mean endless freedom and unlimited rights, even when interfering with other people’s entitlements. Not surprisingly, this has significantly influenced both legal practice and democratic governance in our country.

And its manifestation is evident in the inflexible outlook of our legal practitioners, and the chary interaction between the political class and the citizens. We believe that for relevance, the political class must mitigate the appropriate with the desired, just as the noisemakers in the society think courting controversy is the path to recognition.

Nourishing the hypothesis that political correctness predicts political relevance is one of the foundations of the hateful dispositions of most Nigerians to President Muhammadu Buhari’s administration and style of governance. The septuagenarian, who stands as upright as he is; radiating an uncommon inner peace and splendor for his age, seeks to please no one, but unbendable in doing what he considers appropriate compassionately and impartially.

With a gait announcing his steadfastness, our brutally honest and unpleasantly realistic President will not certainly be moved by the distracting voices chasing clouts through pitiful pontifications and criticisms of his actions. Rather, he watches them listen to the echoes of their own voices, leading people to the streets and markets, while they stay at home, wearing face masks and observing physical distancing, even within their own nuclear families.

The hypocrisy of the elite aside. What is actually wrong with us? Why do we not interrogate what these people tell us? We really need to understand that the prosperity of most of these ‘book people’ – ‘analysts’ ‘social commentators or critics’ and ‘human rights this or that’ is dependent on our awareness and endorsement of their so-called expertise.

They need us to be relevant and successful. So, they struggle to be in our consciousness, even through deliberate manipulation, misinformation, deceit, and mischief. We really need to be wary of their counsels. Meanwhile, Lagos State has continued to show leadership in Nigeria’s quest to defeat COVID-19.

The Governor, Babajide Sanwo-Olu, beyond the battle against coronavirus, has been exemplary in his human-centered leadership. Come May 29, he will be 1year in office, but this occasion will be without fanfare, even though he is deserving of celebration and accolade for his activities the last 12 months as Governor of Lagos State.

As a sensitive leader, Sanwo-Olu will use the occasion to reflect on a number of issues, bothering largely on how to quickly deliver on his promise of a Greater Lagos. But beyond the disconsolate global outlook that has made celebrations inappropriate at this time, the Governor’s meditations will certainly be interjected by consequences of our actions of Monday, May 4th, 2020.

That was the first day of the gradual easing of the lockdown directed by President Muhammadu Buhari, which affected Lagos, Ogun, and the Federal Capital Territory (FCT). Proactively, the Lagos State Governor provided a set of widely published guidelines and protocols to help manage our interactions during this phase. Unfortunately, the way we went about our businesses yesterday, from visits to the banks and markets, showed a flagrant disregard for the issued guidelines.

Let everyone know. Every action has a consequence. Soon, Nigeria Centre for Disease Control (NCDC) will announce results, and we will become guilty of injudiciousness. Like in Kano, we may lose quality lives to indiscretion, because we have replicated the same level of carelessness that got everyone talking about the biggest state in Northern Nigeria.

The gestation period for our thoughtlessness will be the week before May 29. By then, there would have been disturbing manifestations that would force sobriety on everyone. Sadly, our reality would have transited from beautiful to ugly, because we had run an unkempt brush over our beautiful canvas.

Without any doubt, the painting therefrom will be visible to everyone. Even though we may not expect the portrait to be as repugnant as the reality that would be before us, we would certainly have no choice than to live with whatever we have brought upon ourselves. Except we halt the trend today, our experience in the next few days will be terrible. We really need to be responsible.

*Fafore is the Executive Assistant to the Governor of Lagos State on Public Relations and New Media.