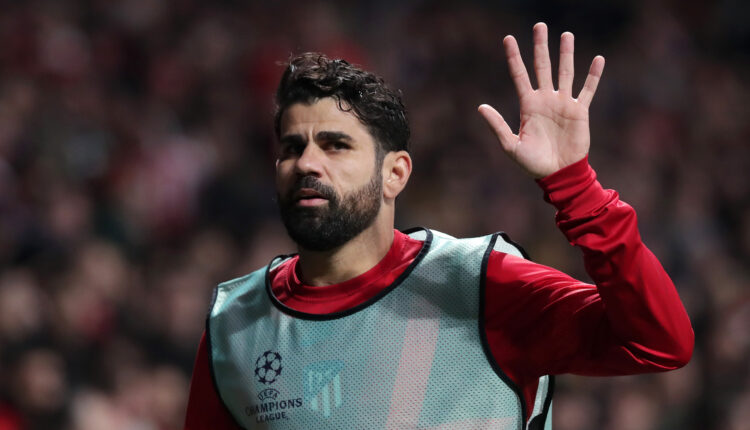 A Chelsea football club former striker, Diego Costa, contract with the Spanish football club, Atletico Madrid, has been terminated over lack of playing time at the club.

Costa’s contract was terminated by the Spanish team barely six months before the time scheduled by the club and the player for the agreement to elapse.

The Spanish national team former striker’s contract was terminated by the club on Tuesday after it became obvious that the club’s manager, Diego Simeone, was not ready to make forward his prefered choice during selection for games.

Through a statement released, Atletico Madrid stated that the contract was terminated on personal grounds between both parties involved in the agreement.

“Atletico de Madrid and Diego Costa have reached an agreement for the termination of the striker’s contract, which was to end on June 30, 2021,” the club said in a statement.

“The club thanks Diego Costa for his dedication during these years and wishes him well in the next stage of his professional career,” the club said.

The 32-year-old Brazilian-born forward, who has been capped 24 times by Spain after twice appearing in friendlies for the country of his birth, had asked to leave the club for “personal reasons”.

Eight persons kill, 23 others rescue during clashes in Katsina