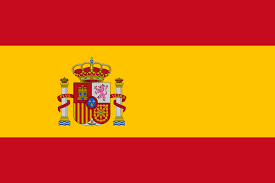 The Spanish government has disclosed that the country recorded zero coronavirus fatality for the first time in no fewer than ninety-days, saying the feat also meant there hade been a drop in number of new cases.

It explained that the feat in the last twenty-four hours marked the first of its kind since the beginning of March 2020 and a pause since the country recorded its first death to coronavirus related complications on February 13.

The country’s Head, Coordination Centre for Health Alerts and Emergencies, Fernando Simon, while briefing journalists on Monday, said though the country was beginning to record early control against the virus with the drop in new cases and the current feat of zero death it recorded, extra caution still needs to be taken to consolidate on the gains.

“Today we have received no deaths with the date of death from yesterday,”  Simon, told journalists.

Spain has recorded new deaths every day since March 3, though the first death there from the virus in fact dates back to February 13.

It is one of the countries worst hit by the pandemic, having recorded 27,127 deaths from 239,638 cases notified, according to the latest ministry figures Monday.

Simon also added that the country has embarked on aggressive testing and had become very fast at detecting cases.

He, however, warned against any failure to respect the existing restrictions on mass gatherings, still in force despite a gradual relaxation of what was one of the world’s strictest lockdowns.