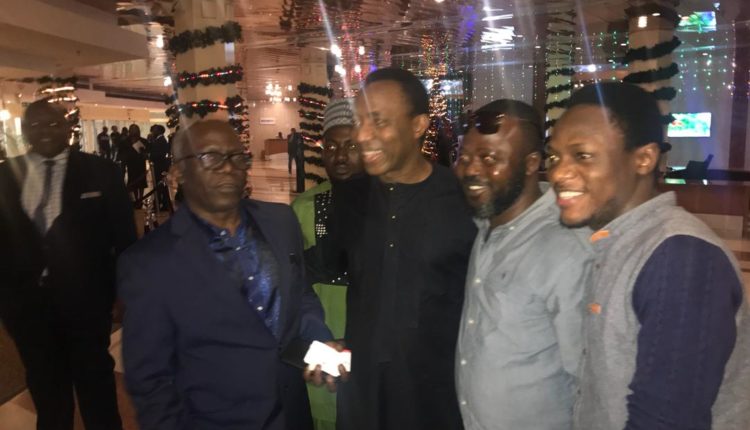 Share
By Olawale Abdul-Fatah
The Department of State Services (DSS) has released the convener of the Revolution Now protest, Omoyele Sowore and his co-defendant, Olawale Bakare, four months after their arrest.
Their release came hours after a Federal High Court in Abuja gave the agency 24-hours ultimatum to release him from detention and pay him N100, 000 for delaying his release from detention.
Counsel to the defendant, Femi Falana, on Thursday evening disclosed that the DSS paid N100,000 fine to Sowore as ordered by the judge.
Justice Ojukwu had before the ruling threatened to jail DSS Director-General, Yusuf Bichi, for disregarding the court directives.
According to Justice Ijeoma Ojukwu, the DSS had no justifiable reason to continue to hold the defendant in custody, after she had signed the warrant for his release.
It was gathered that the presiding judge, who was visibly angry over the development which has caused the court to adjourn the trial at the instance of the DSS, stressed that the fine must be paid to the defendants before the next adjourned date of Friday, December 6 for continuation of trial.
It would be recalled that Sowore first met his bail conditions last month but was denied by DSS prompting another federal high court to make another pronouncement.
Sowore was arrested on August 3 for planning a series of protests to demand good governance.