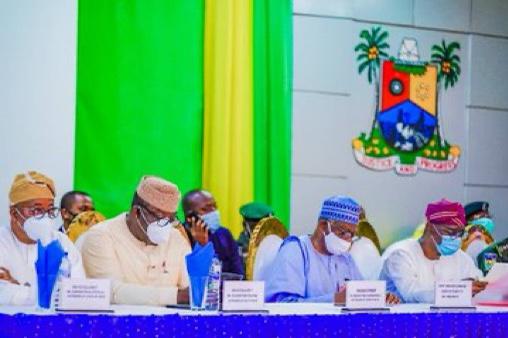 Agitation for reopening of Nigeria’s land borders for economic activities have been bolsterd after the six governors from South West region, including traditional rulers backed calls by other citizens for rejigging of economy through borders reopening, a move they claimed, would reverse harsh effect of coronavirus pandemic on the country’s commercial activities.

This is coming as the political and tradition leaders also thrown their weight behind social media regulations, saying it was high time the country prevent full blown war which could emanate from fake news and misinformation being peddled on social media by divisive agents posing as freedom fighters.

They argued that though the apex government intention that led to shutting of land borders on premise of preventing and putting an end to smuggling activities and illicit export of locally subsidised petrol to neighbouring countries was justified, there was need for the President Muhammadu Buhari’s led administration to relax the decision and allow resumption of cross border commercial activities.

According to them, the negative impact of the closure has trump its positive intention and there was need for urgent review of such to reverse effect of such policy and accompanying coronavirus harsh economic reality on households, businesses and the economy.

Through a communique issued and jointly signed after the meeting by the Chairman, South West Governors, Rotimi Akeredolu and Ooni of Ife, Adeyeye Ogunwusi, the stakeholders argued that the continued  closure of borders was among factors that had led to increase in prices of staples and essential commodities in the country.

“We believe that the prolonged closure of the border has caused economic difficulties and should be re-examined to alleviate problems of the people in the border communities and prices of some essential commodities. There is need to review the closure and permit resumption of economic and trading activities,” the communique said.

On the issue of social media regulation, the regional leaders suggested prioritization of comprehensive programme that would addresses youth employment and empowerment should be prioritized.

“We recognize the damaging and negative impact of fake, false news and worry about its destructive and dangerous potency of fake news. We call on federal government to use he instrumentality of existing laws and those regulations bench-marked from other countries to provide safeguards against the spread of fake news. 2015 Cyber Act will also be fully used.