No going back on schools’ resumption date- Lagos Govt. 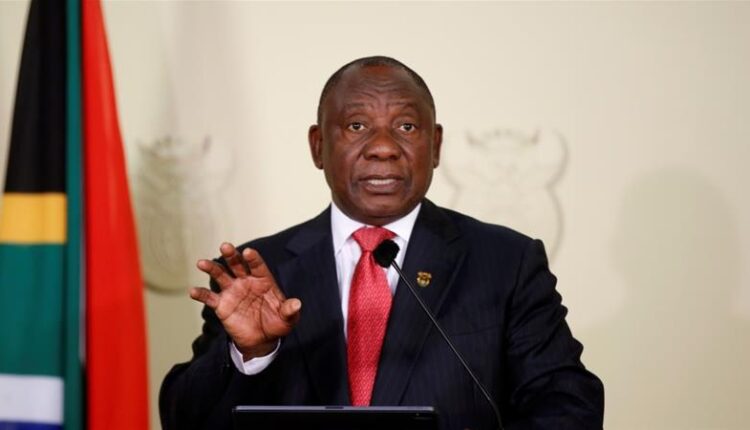 The South African president, Cyril Ramaphosa, has reiterated his administration’s commitment towards protection of rape and other Gender-Based Violence (GBV) victims through judicial reforms that ensure prosecution of perpetrators in the country.

Ramaphosa said that the reforms would restore victims’ hope in the country’s judicial system and prevent citizens from a further perpetuation of the acts against women and men in South Africa.

Victims of sexual-based violence were reported to have lost faith in the country’s justice system after efforts to ensure the prosecution of perpetrators did not yield any result, just as violence increased across the country.

Worried by the increment, the victims and other residents on Monday protested against government’s incapacity to curtail the rise in societal ill.

Ramaphosa, during his weekly presidential address on Monday, promised the victims a more robust system that would restore faith in the criminal judicial system.

He argued that difficulties in obtaining protection orders, lax bail condition for suspects, police not taking domestic violence complaints serious, and inappropriate sentences imposed on offenders have contributed to the surge in gender-based violence.

“As I received their clearly articulated demands, it was clear to me that we needed to act urgently and with determination,” the president added.

According to him, three key bills designed to fill the gaps that allow some perpetrators of gender-based violence to evade justice and to give full effect to the rights of the country’s women and children have been introduced in parliament. These bills, once finalized, will help restore the confidence of women that the law is indeed there to protect them.

A bill on domestic violence is now defined to cover those in engagements, dating, in customary relationships, and actual or perceived romantic, intimate or sexual relationships of any duration, according to the President.

The bill would also regard mal-treatment of an elderly person by family members as gender-based violence, likewise, failure by a member of the South African Police Service (SAPS) to comply with their obligations will be regarded as misconduct and must be reported to the Civilian Secretariat for Police Service, the president concluded.