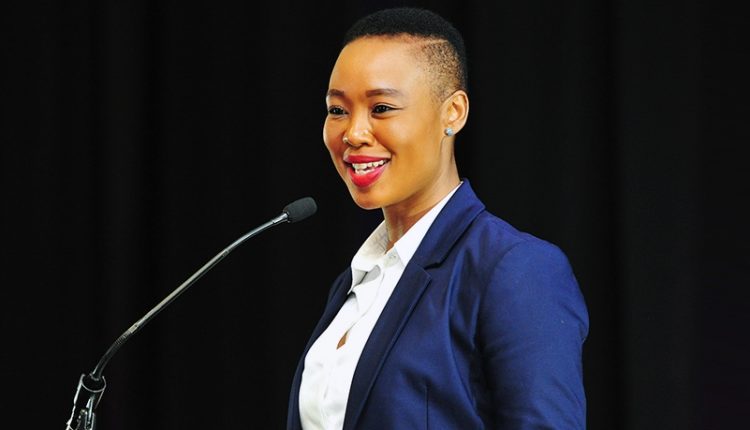 The South African Government has suspended its Minister for Communications, Stella Ndabeni-Abrahams, over violation of coronavirus lockdown orders.

It explained that Ndabeni-Adams had, contrary to government directives, gone on a lunch date with a former colleague, thus contravening the 21-day lockdown order.

South African President, Cyril Ramaphosa, reiterated that no one was above law in the country and said that the offending minister would go on special two month leave suspension as punishment for her actions.

Speaking in a statement released to newsmen on Wednesday through Presidential Spokesperson, Khusela Diko, Ramaphosa said that the two month suspension would include one month unpaid leave, and added that it would serve as deterrent to others who might also want to disobey the coronavirus preventive directive.

He explained that the lockdown had been instituted in best interests of South Africans, and that cooperation to it’s no-movement rules were paramount in ensuring government success in it’s fight against the global viral pandemic.

“The president strongly believes that no one, including the minister, is above the law,”

“He says none of us should undermine our national effort to save lives in this very serious situation”.

Ramaphosa disclosed that Ndabeni-Abrahams would be deputized by Presidency Minister, Jackson Mthembu, who would act in capacity as Communications Minister pending completion of the two month leave period.

However, Ndabeni-Abrahams, in a video released on Twitter, apologized for her wrong actions and expressed her acceptance of punishment meted out by the presidency.

“I would like to convey an apology to President Cyril Ramaphosa … (and) society at large for breaching lockdown rules put in place to curb the spread of COVID-19, I regret the incident and am deeply sorry”, she said