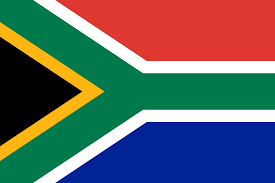 The South African Government has disclosed that the country has recorded its lowest tax collection slump following rising incidence of coronavirus cases in the nation.

It revealed that tax revenues remitted thus far in the year 2020 had already fallen short by about 13 billion Rand ($711 million) and that the figures were expected to continue reducing after implementation of the coronavirus tax relief measures.

The Head of the South African Revenue Service (SARS), Edward Kieswetter, while speaking during a virtual parliamentary briefing on Thursday, stated that the reduction in remitted funds was a result of the negative economic impacts of the viral pandemic on the nation.

Kieswetter said that the recently proposed Covid-19 relief measures, once implemented, would result in a further slump of tax revenue generation, and that recorded figures would become significantly worse.

“We do anticipate a significant decline in tax revenues purely driven by the state of the economy, as well as the tax relief measures that government has announced”, he said.