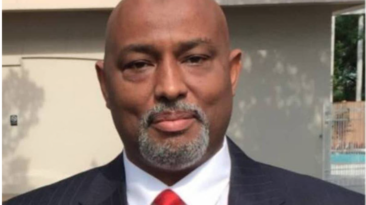 The Federal Government (FG) has commenced strict enforcement of calibration of installed load weighbridges across the country. In a letter issued by the ministry of transportation, the move was to facilitate the enforcement of the axle load limits necessary to prevent damage of Nigerian roads caused by overloading.

President Muhammadu Buhari had signed the instrument of accession of the supplementary Act relating to the harmonization of Standards and procedures for the control of dimensions, weights and axle load of heavy-duty goods transport vehicles.

In line with this, the Standard Organization of Nigeria (SON) has said it will begin strict enforcement of this directive.

As a result, the Standards Organisation of Nigeria (SON) has been directed by FG to ensure that the weighbridges at the ports and loading bays are fully calibrated in line with the guidelines and penalties for enforcement of the new regime of axle load limits in Nigeria

Speaking on the directive, the Director General of SON Mallam Farouk Salim said the agency will soon start enforcement. He said this during the official ceremony and commencement of the caliberatiion exercise of the APM terminal weighbridges in Apapa ports. He said the agency would carry out the directive in line with international best practices.

Salim who was represented by Director of NMI, Engineer Bede Obayi, emphasised that the task given to the agency is to calibrate weighbridges for measurement of all cargoes: “The calibration will be effected on weighbridges to ascertain the axile load for Heavy Duty Vehicles and Food Transporting Vehicle that transport both wet and dry products across the country

He reiterated that the Federal Government aim is toward preserving the roads from constant damage by overweight trucks, as well as given Nigerians the right quality products.

Performing the calibration of the weighbridges, Salim said the calibration, which would be extended to other seaports and oil deports/terminals in the country, would help the government to get accurate weights of cargoes and also to check influx of substandard goods and services.

The Director-General noted that the calibration exercise is a country-wide exercise that was given to the National Metrology Institute (NIMA) of the Standards Organisation of Nigeria as the custodians of the primary measurement standards of highest accuracy in Nigeria.

He said the Federal Executive Council’s (FEC) approvals on roads construction and management give credence to our calibration services to ensure that our roads are preserved and maintained for long-term uses.

Salim maintained that FG giving the assignment to SON shows that government appreciates the roles of the metrology and calibration to economy development. He said: “We are happy that this assignment is given to us. This shows that government appreciates our measuring roles. We want to assure all port stakeholders’ of accurate measurements and enjoin them to always declare accurately necessary information about their imports and exports”.

The SON boss noted that the exercise would help the government to collect correct revenues. He said that the SON management has sensitized all stakeholders on the benefits of weighbridge calibration and accurate declaration of cargo weights and would continue to educate and enlighten them.