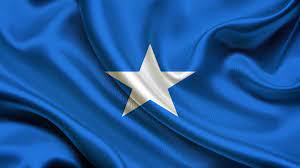 Amid lingering controversies on who becomes head of the Somalian parliament, the lawmakers have one of their colleagues, Adan Nur, as the new speaker of the lower house, to stabilize the country ahead of general elections.

Nur was adjudged by the umpires as the winner after polling more votes than his major contender and a former president of the house, Mohamed Abdullahi, who was aiming to return to the seat.

The voting exercise was held at the parliament in Mogadishu, the country’s capital, on Thursday, and was overseen by the parliament’s interim speaker, Abdisalan Dhabancad.

After the election, the umpire declared Nur as the winner of the contest and that he polled 98 votes against the 74 gotten by his opponent during the exercise.

Earlier, the acting president of  Somalia, Abdullahi Mohamed, who was also vying to be the speaker had instructed some policemen loyalists to restrict lawmakers from attempting to enter the airport hangar where the vote was to take place, telling them it had been postponed.

Simultaneously, the Somali Prime Minister, Mohamed Roble, who had also been in a power struggle with Mohamed for many months, ordered some African Union peacekeepers to secure the same venue to enable parliamentarians to go into the voting venue of the election.

The confrontations between the policemen and the peacekeepers at the parliament’s gates hindered the election from holding on Wednesday, and it s postponement.

Meanwhile, a long-serving senator and critic of the vice president, Abdi Hashi, was re-elected as speaker of the upper house of the parliament earlier in the country

The election of speakers into the parliament and senate which led to clashes due to its delay was a key step in establishing the new government, which must be in place by May 17 if Somalia is to continue receiving budget support from the International Monetary Fund(IMF).

However, the elections had also been scheduled for a year ago but were delayed when President Mohamed tried to extend his four-year term by two years, a move thwarted by the parliament.