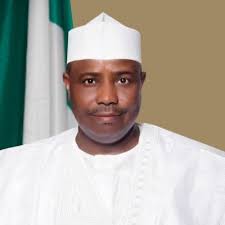 Following a recent protest against the arrest of suspects who reportedly killed and burnt Deborah Yakubu, the Sokoto State Government has announced the postponement of the resumption of basic and secondary schools across the state to May 22, 2022.

The government stated that schools ought to resume on Sunday,16th May and Monday,17th May for boarding and day students respectively but they would have to adjust to the new date.

The spokesperson of the Ministry of Basic and Secondary Education, Ibrahim Iya, disclosed that the postponement was sequel to the 24-hour curfew declared by the government after the violent protest.

Iya through a statement released on Sunday, in Sokoto, said that the Commissioner of Basic and Secondary Education, Bello Guiwa, has directed all public and private schools to resume on May 22, for boarding and May 23, for day students.

However, the Spokesperson noted that final year students who are supposed to begin their WAEC examination on Monday, 16th May, 2022, would not affected.

“Parents, teachers, SBMC’s and PTAs are expected to comply with the directive please,” he said.

On his part, spokesperson of the National Youth Service Corps, (NYSC) in Sokoto State, Sani Idris, disclosed that corps members serving in the State, especially those in Sokoto metropolis, have been advised to remain at home due to the 24-hour curfew.

He said that the management of the scheme had contacted all the security agencies, to ensure the safety of its corps members throughout the curfew period and beyond.

He said: “Arrangements have also been made for the Police and Army patrol vehicles to intensify surveillance in all of the corps members’ locations.

“Management urged corps members to remain calm and law abiding at all time and also assured them that things would soon return to normalcy in the state,”

As gathered, the government had on Saturday, declared a 24-hour curfew on Sokoto metropolis, following violent protests by some youths, who were seeking the release of some suspects arrested by the security agencies due to the alleged killing and burning of Miss Deborah Yakubu, on Thursday.

Yakubu, was said to be a 200-level Home Economics student of the Shehu Shagari College of Education, Sokoto, who was alleged to have committed blasphemy in a school social media group.