Religious gathering, crossover night must not exceed 50% due… 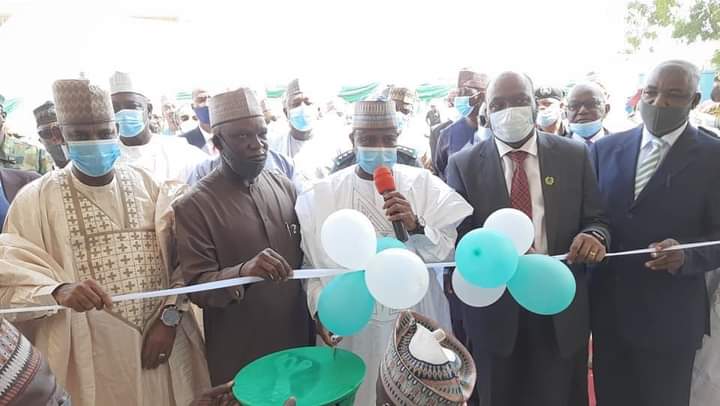 Share
The Sokoto State Governor, Aminu Tambuwal, has faulted Independent Corrupt Practices and Other Related Offences Commission (ICPC) and Economic and Financial Crimes Commission (EFCC) mode of operations and described it as obsolete and time consuming.
Tambuwal added that there was need to review their mode of operations and introduce a novel ideas which includes supporting every petition forwarded to the anti-graft agencies with an affidavit, photograph and signature of the petitioner.
He said that the need for amendment in their operations became necessary in order to strengthen process of petitioning and investigation by the agencies in the country.
Tambuwal, who made the call while commissioning the new office complex of the ICPC in the Sokoto yesterday, explained that this will save precious time of investigators, the police and all of those who are involved in the fight against corruption, stressing that overall it will salvage the course of law.
While urging the National Assembly to amend the laws establishing the agency, Tambuwal lamented that much time were often wasted on investigating petition that were anonomous and lack substance.
According to him, it will be difficult for them to  concentrate and face genuine case of corruption and fight against corruption more vigourasly.
He, however, cautioned the agencies against receipt of petition from anonomous individuals whose objectives were suspects, just as he added that  those who are of the habit of using ICPC and EFCC to witch-hunt and blackmail people will not find the platform as avenues of achieving their political scores.
The governor commended the effort of the federal government in establishment of the ICPC offices and even  recommended the need for every body as a  people as a  government to continue  strengthen the institution.
He appeal to ICPC management to continue to resist pressures from political leaders and avoid politicisation in the fight against corruption adding that we must support the fight devoid of interference.
In his address the Chairman of the ICPC, Prof. Bolaji Owasanye, said the Sokoto state office started in February 2019 and was completed in March 2020 and has been in use since August 2020.
He said the commission is effectively operating in 15 states of the federation spread equally across the six geo- political zones.
The Don commended the governor for providing a conducive environment which led to the early completion of the project in the state.
He stressed the need for partnership and collaboration between the state government and the commission in the pursuit of its mandate to eradicate all forms of corruption in the country.