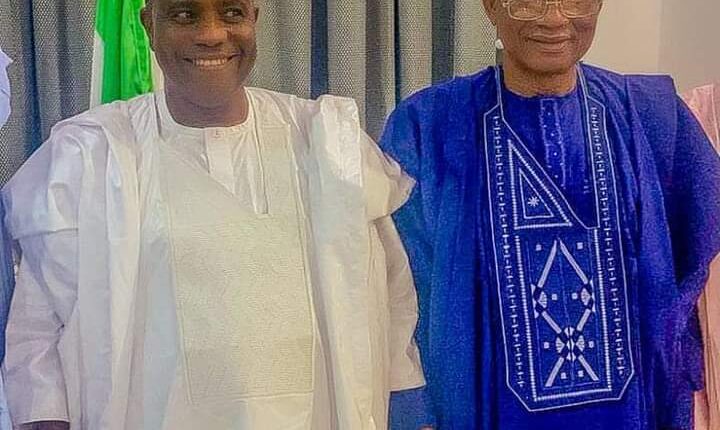 A former gubernatorial aspirant on the platform of the All Progressives Congress (APC) Dahiru Yabo, and dozens of his supporters have dumped the party for the People’s Democratic Party (PDP), to sustain the ruling party’s grip on power in the state.

Yabo attributed reasons to dump APC, in spite of his loyalty to President Muhammadu Buhari, and that of his supporters to the lack of internal democracy within the party structure.

He added that his former political party structure is faulty that it does not reward hard work rather the leadership encourages favoritism and bootlicking.

The former information commissioner for the state revealed the challenges confronting the APC at a short reception to mark his decamp to PDP which was organised for him and his members by the State Governor, Aminu Tambuwal, held at the State House in Sokoto.

Yabo said: “The APC in Sokoto has formed a cabal of which you must be a member in order to have anything to do with the party or to be involved in the progress of the nation or the state.”

While explaining what his decision would bring for the PDP, he noted that his group would be giving Team Tambuwal, the PDP governorship candidate in the state, and all other candidates vying to occupy public offices during next year’s election on the platform of the party maximum support particularly canvassing for votes.

He said apart from his army of supporters and grassroots appeal in Yabo and Shagari local government areas of the state, as a former Commissioner, his large and cut across the state.

“We’re ready. We have the energy. We have the power and the resources to be part of the PDP nationwide,” Yabo, who was a founding member of the APC and member of the defunct ‘Amaechi for President’ campaign team said, pledging to unveil his status and followership in his constituency within a fortnight”.

The governor, meanwhile assured him that the PDP structure has internal democracy and that the party often rewards members that had work effectively to ensure its development.

Other dignitaries that joined the governor to receive Yabo and his supporters were the Deputy Governor, Manir Dan Iya, the Secretary to the State Government, Muhammad Ahmad, the state PDP Chairman, Bello Muhammad, and other government officials