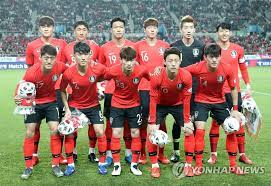 Share
Unlike other countries which players would be getting their normal pay for partaking in the FIFA World Cup, the South Korean government have promised to give cash rewards to its players during the 2022 Qatar World Cup.

According to the Korean government,  each of the players would be receiving cash compensation prizes at each stages of the matches played by the football team.

This was announced on Tuesday by the Korea Football Association (KFA), that monetary compensation would be given to the national team players, for their effort to reach the World Cup to be played in Qatar.

KFA added that the team will receive 4.8 billion won in total if they qualify for the round of 16 and 7.8 billion won if they advance to the quarterfinals, noting that the compensations are the largest amounts ever set aside for a national team at an international tournament.

The football association noted that head coach of the team, Paulo Bento including his staffs would be paid separately, based on clauses in their contracts.

Meanwhile, KFA will dole out 3.3 billion won to the national team for qualifying for the World Cup, adding that 30 players who have participated in the final qualifying round will be rewarded, on a sliding scale, starting at a maximum 100 million won and down to 40 million won, based on their contributions to the team.

As gathered, South Korea will make their 10th consecutive World Cup appearance in November in Qatar, where they will take on Portugal, Uruguay and Ghana in Group H.

Earlier, South Korea have made it out of the group stage twice, which they marched into the semifinals in 2002 on home soil while co-hosting the tournament with Japan and qualified for the round of 16 in 2010 in South Africa.

Group urges FG to tackle electoral violence, others ahead 2023 elections