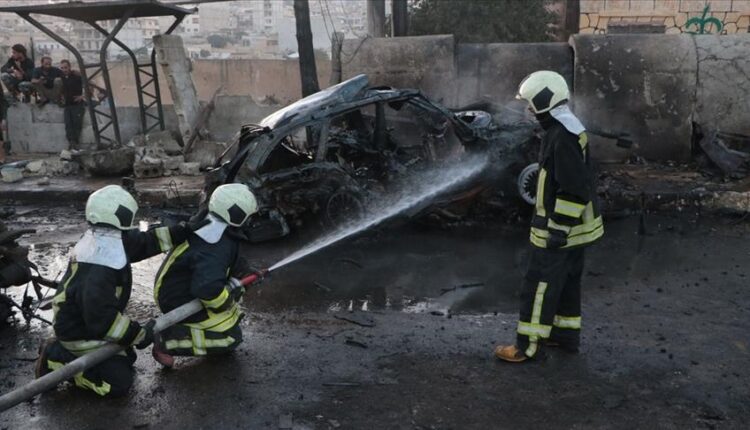 At least six passengers were reported to have been killed and left no fewer than 25 persons with different degrees of injuries when a car bomb detonated in the northern town, Afrin, in Syria.

It was learnt that the bomb attack which resulted in pandemonium, with many scampering for safety, occurred at an industrial site located at center of the town

After the explosion on Saturday, the Turkish defence ministry and local civil defence blamed the attack on the Syrian Kurdish militia group, YPG militia.

Meanwhile, the YPG, the group alleged to have perpetrated the act in Syria, was yet to react to the allegations raised by the Turkish government on the tragedy.

Turkey regards the YPG as a terrorist group tied to the PKK inside its own borders and has staged incursions into Syria in support of Syrian rebels to push it from the Turkish frontier.

Afrin was largely cleared of YPG/PKK terrorists in 2018 through Turkey’s anti-terror offensive Operation Olive Branch, but the terror group still has sleeper cells.

As gathered, YPG/PKK terrorists continue to carry out attacks but do not claim responsibility when they end up harming civilians, particularly as it attacks from Syria’s adjacent Tal Rifaat and Manbij regions, often targets Jarabulus, Azaz, Afrin, and al-Bab.

In its more than 30-year terror campaign against Turkey, the PKK – listed as a terrorist organization by Turkey, the US, and the EU – has been responsible for the deaths of nearly 40,000 people, including women, children, and infants.

Since 2016, Turkey has launched a trio of successful anti-terror operations across its border in northern Syria to prevent the formation of a terror corridor and to enable the peaceful settlement of residents: Euphrates Shield (2016), Olive Branch (2018), and Peace Spring (2019).