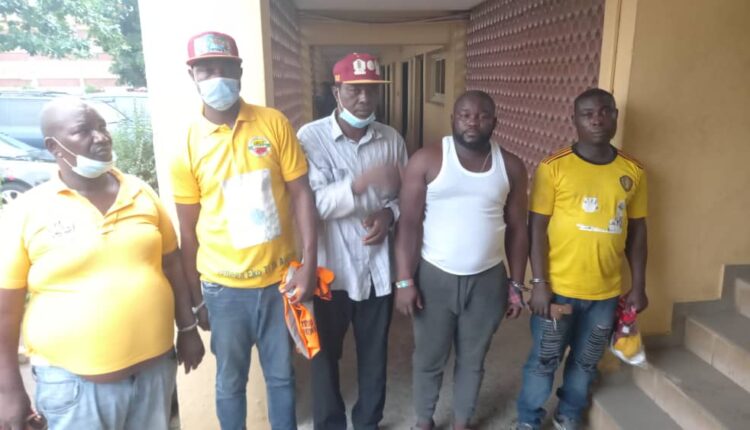 Following clashes between members of National Union of Roads Transport Workers (NURTW) in Obalende axis of Lagos State, no fewer than six members of the transport union were reported to have been apprehended and detained by the Nigerian Police for onward prosecution.

The six suspects were also said to have been transferred to State Criminal Investigation Department (SCID), Panti, Yaba for discreet investigation of their actions that crippled commercial activities with gunshots heard as motorists and commuters scamper for safety in Lagos Island.

As gathered, the six member of the NURTW under detention has been admitted at the hospital for treatment after sustaining injuries during the supremacy clashes that occurred earlier on Thursday.

Confirming their arrest, the Commissioner of Police, Hakeem Odumosu, said that no life was lost during the encounter and that normalcy has been restored within the axis to ensure business activities returns.

Odumosu, while warning that the command would not condone any act of lawlessness and criminality, directed the area commander Area A, Lion Building, ACP Bode Ojajuni, to intensify efforts on flushing the hoodlums out of the area and on the Lagos Island in general, with the available recourses deployed to the area command.

According to him, the leaders of transport unions in the area, however, have been invited for interrogation and for further actions to prevent breakdown of law and order after the law enforcement agency restored peace within Lagos Island, arresting hoodlums that have over the years terrorized the commercial nerve center of the state.

Addressing pressmen at Alausa Secretariat, Ikeja, the Commissioner stated that the clashes experienced within the axis lately were fueled by the attack and looting of guns at police stations during last year’s EndSARS protest.

Odumosu noted that the officers deployed to Lagos Island have intensified intelligence gathering and have recovered several of the arms as well as over 100 hoodlums arrested to restore peace and harmony that once existed on the Island.

Earlier during the clashes, the popular bus park was turned to battle ground with thugs going for each other’s jugular at about 8am.