Lagos4Lagos group was mole within our party- APC… 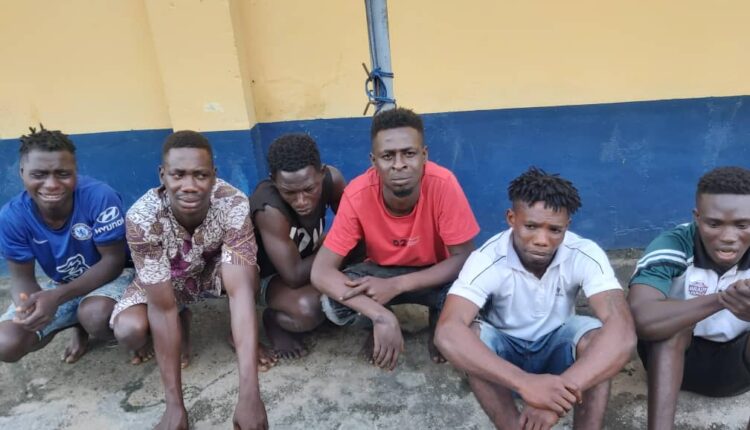 Barely 24 hours after some hoodlums attacked residents of Ebutte-Metta axis of Lagos State, the Nigerian Police has arrested six members of the group that unleashed terror on the community in the state.

The six suspects, who were between the ages of 22 years old and 29 years old, were said to have attacked innocent residents of Lagos particularly those that were not hinted at the attack before arriving in the community.

As gathered, the suspects were members of cult groups in the state and that they were arrested after engaging in a supremacy battle in the community yesterday damaged some vehicles along Ondo Street in Ebutte-Meta.

The Guild gathered that during the clash, the cultists vandalised several vehicles and injured residents of the community returning from their various offices.

Confirming the arrest on Wednesday, Lagos Police Command Public Relations Officer (PPRO), Muyiwa Adejobi, stated that the suspects at about 9.30pm yesterday trooped out and started fomenting troubles in the area.

Adejobi added that the police while responding to distress calls from innocent people, chased and arrested some of suspects as well as placed them under detention.

He said: “The Commissioner of Police, Lagos State, CP Hakeem Odumosu, has vowed to get Lagos rid of hoodlums, hooliganism, gangsterism, cultism, and other social vices as all hands are on deck in the command to resist any act capable of jeopardizing security networking of the state and causing pains and agonies to Lagosians during the ember months and beyond”.