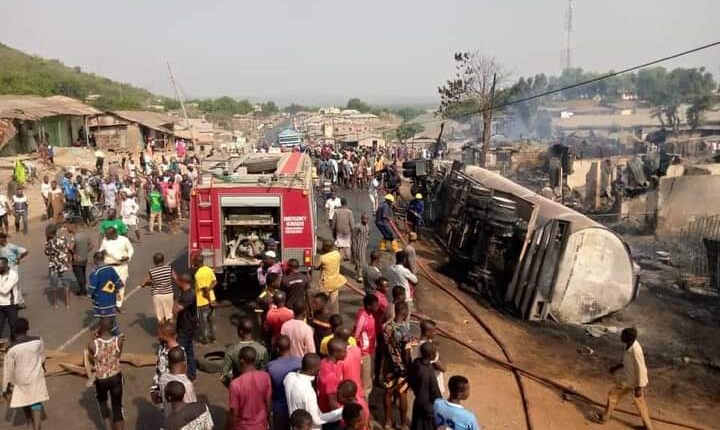 Atleast six persons have been reported to have been burnt to death and over 30 buildings razed after a fuel tanker lost control in Moro local government area of Kwara state.

As gathered, the accident occurred at about 10 am on Wednesday in Gaika area of Jebba when the truck, travelling through the ancient town, experienced a mechanical fault, lost control, and spilled its contents as it rammed into residential buildings.

It was further learnt that the incident left dozens of residents with varying degrees of injuries sustained while scampering for safety after the tanker exploded in the community.

Confirming number of casualties recorded in the inferno, the state governor, AbdulRahman AbdulRazaq, describing the development as devastating and sad. 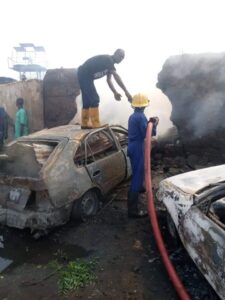 AbdulRazaq, in a statement by his Chief Press Secretary, Rafiu Ajakaye, commiserated with the families of the deceased and properties after the explosion.

The governor, in his condolence to the families, urges them to take heart and remain calm as believers, just as he directed the State Emergency Management Agency (SEMA) to quickly move in to determine the material loss.

He also commends the Kwara State Fire Service and other responders for their efforts which helped to curtail the raging inferno and minimised recorded losses.

According to him, once again, he condoles with the victims and their families on this very sad incident, and prays to God Almighty to repose the souls of the deceased.