How Lagos NURTW rake N585.9M from 189 branch chairmen before… 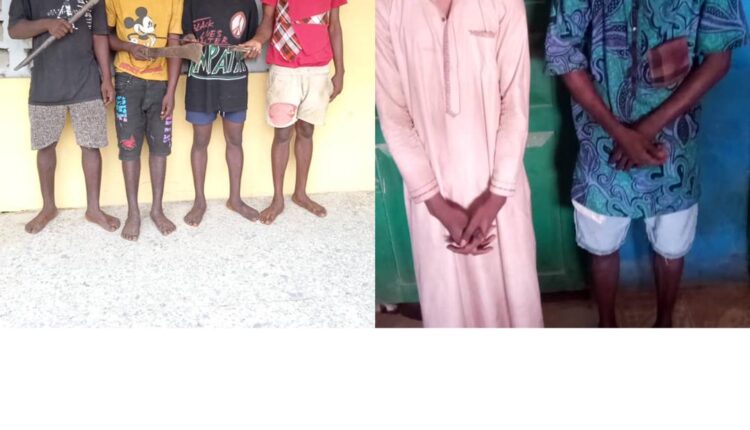 No fewer than six suspected cultists in Lagos State were reported to have been arrested and detained by the Nigerian Police during initiation and after an attack on residents in Ikorodu axis of the State.

The suspects who were reported to have been arrested in different parts of the state belonged to the Eye Confraternity cult groups and other cult groups.

Two of the suspects under detention, identified as Fatai Kalejaiye and Kolapo Ayeobasan were reported to have been apprehended on 19/04/2021, by the Police Operatives attached to Ikorodu Division of the Lagos State Police Command and local vigilantes during initiation.

As gathered, the prime suspect, Fatai when caught, confessed to being a member of Eye Confraternity while performing rites of initiating the second suspect, Kolapo in no 4 Anifoeose Street, Ikorodu, area of the state.

Confirming their detention, the Lagos Police Command spokesman, Olumuyiwa Adejobi, noted that the suspects were arrested based on credible intelligence on the activities of the cultists.

“The arrest was at the heels of a complaint received from one Temidire Ogunbajo, f, of No 4, Abejoye Street, Majidun, Ikorodu area of Lagos State, that some suspected armed cultists invaded her house and attacked her and other residents of the Majidun community, Ikorodu, on 16th April 2021 at 8.30 am,” he noted.

The spokesman, in a statement made available to newsmen on Tuesday, said police in conjunction with local security operatives in Ikorodu, swung into action and arrested them one after the other between 16th April and 18th April 2021, while others are still at large.

He listed items recovered from the suspected cultist to include one chissle, one cutlass, broken bottles, charms, and some offensive weapons.

He further noted the suspects would be taken to the Command’s Special Squad for further investigation on the order of the Commissioner of Police, Lagos State, CP Hakeem Odumosu.

“The Commissioner of Police has also ordered that the fleeing members of the gangs be apprehended by all means so as to cause them to face the full wrath of the law.

“The police boss, in furtherance of his strategic actions to flush cultists out of Lagos State, confirmed that the officers of the command have been directed to fight crimes and keep the criminals, especially cultists, at bay,” the statement reads.